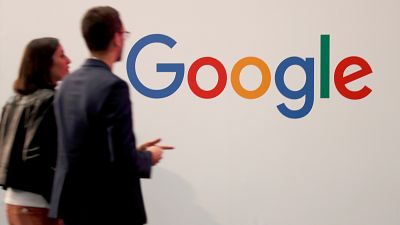 Google has been making significant contributions towards climate change deniers, the Guardian reports. The world’s leading search engine has been outed for backing “more than a dozen” companies which have campaigned against climate legislation or called for a withdrawal of environmental protections implemented by the American government.

In defence of its investment policy, Google claims it donates to many organisations from across the political spectrum, all of which advocate “strong technology policies”. However, over 12 of these companies have been shown to question the need for environmental reform in the US. One notable organisation is the Competitive Enterprise Institute (CEI) which is thought to have influenced Donald Trump’s decision to abandon the UN Paris Agreement on mitigating climate change.

“We’re hardly alone among companies that contribute to organisations while strongly disagreeing with them on climate policy,” maintains a spokesperson from Google.

Google's website does state that sponsorship does not necessarily mean it endorses an organisation's “entire agenda, its events or advocacy positions nor the views of its leaders or members.” However, the tech giant refused to tell The Guardian how much it has given to the organisations in question.

The news comes despite Google’s continued assertion that it supports political action against the climate crisis. It publicised its “biggest corporate purchase of renewable energy in history” in mid-September, claiming that “sustainability has been one of Google’s core values from our earliest days.”

But questions have been raised about the search engine’s willingness to act, with hundreds of Google and Amazon employees joining climate-change marches in San Francisco and Seattle just last month. They claimed their employers had been too slow to address global warming and drastic action was necessary.