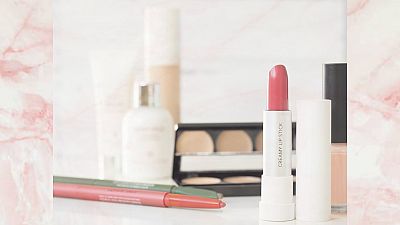 The range of cruelty-free cosmetics available is expanding.

Consumers are becoming increasingly aware of the ethical issues of animal testing and demanding new kinds of products. Companies are moving fast to be a part of this movement, and in the European Union, India, Israel, and Norway bans have now been implemented, making it illegal to test cosmetics on animals within those countries’ borders or to sell cosmetics that have been tested on animals elsewhere in the world.

In the US, the cosmetics industry has also made big steps forward. Two decades ago nearly all products were tested on animals, but many companies now pride themselves on having eliminated animal testing from their practices or reduced it by as much as 90%. This is partly because many cosmetics companies have funded research for alternatives to animal testing, and partly because most ingredients used in cosmetics today have already been proven safe after years of use.

These are all positive changes, but important challenges remain. One of the biggest is that China, which represents an important global market for cosmetics, requires all the products sold on its soil to go through animal testing. In practice, this means that cosmetic companies with cruelty-free policies in Europe or in the US are mandated by law to submit samples of their products to local Chinese laboratories, to be used for tests on animals, if they want to do business in the country.

Furthermore, even if a company claims to produce cruelty-free cosmetics, it’s worth noting that the term may mean different things, especially in the US, where it’s not officially regulated. In some cases, a company may not test final products on animals but may test separate compounds. It may also mean they buy ingredients from companies that do a test on animals, even though they don’t practice it themselves.

Why was animal testing needed in the first place?

For a long time, this has been regarded as the most rigorous scientific method to test the safety and effectiveness of many consumer products, including cosmetics. Researchers wanted to evaluate the risk of short-term exposure through normal use of cosmetics or accidental contact with the eyes or skin. They also wanted to check the effects of long-term exposure to some of the ingredients in cosmetics, and whether health problems such as cancer or developmental abnormalities could arise.

As scientific methods and tools progressed however, this idea has been questioned. “The use of animals to test a product designed for humans is archaic and ineffective, in addition to being unethical, as these tests do not produce the most rigorous results possible. Scientifically, they are now less robust than some of the new methods that have been developed, such as cell cultures, or tests with human skin samples,” says Anissa Putois, spokesperson for PETA France.

New products, especially those that contain new ingredients, still need to be rigorously tested for safety purposes The use of in-vitro techniques has progressed quickly. This method involves performing a test in a controlled environment, outside of a living organism, under a microscope for example. In this context, scientists can study and test compounds on human cell cultures. Almost every type of human and animal cell can now be grown in the lab.

There have even been advances in coaxing cells to grow into 3D structures, such as miniature human organs. An important recent advance has been the design of an in-vitro test known as Corrositex, a sort of synthetic skin which can be used in place of animals to test chemicals for skin corrosivity.

Human tissue samples can also be used in the lab and be very helpful in determining the safety of a product. Human tissue can be donated from surgery (following a biopsy or a cosmetic surgery for example) or they can be collected after a person has died.

Human volunteers can also now replace animals in specific studies, at advanced stages of the testing process. It is now common for skin sensitivity testing of cosmetics to be based on work done with human volunteers.

The use of an innovative technique known as microdosing can also be used in volunteers to measure how very small doses of a product behave in the human body, thereby reducing the risk of toxicity. Recently, computer models have also been helpful, as different organs can be modelled and used to conduct experiments based on existing information and statistical data.

Continuing to raise awareness among consumers and to campaign to make sure that companies become more transparent around those practices will be key to promote change. Opening up a dialogue about the work they do in countries where animal testing is still authorised may be helpful. Things are slowly changing, but cosmetics will only become entirely cruelty-free by pursuing current scientific efforts and advocacy work.