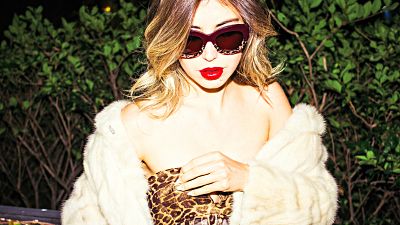 Bringing down a regime from inside with the help of high-end sunglasses – that’s the extraordinary idea conceived by Johan Stahl. Stahl visited the country in 2006 while working on the film “The Red Chapel” (Sundance Winner 2010). Living it caught up with the director to get to know more about his motivations, his ultimate goal and how he intends to change the meaning of “Dear Leader”.

“When I was there, it was literally like traveling 50 years back in time,“ says Johan Stahl, recalling that his time in North Korea was like the Truman Show from hell. “You had to leave your phone at the airport, as they were paranoid that we would point out military targets. The next thing we had to do is to bow three times to the 35-meter-high statues of Kim Il-sung and Kim Jong-il. My overall impression, however, was that the local people were immensely nice, but when it came to talking about their Dear Leader they shifted personality completely, they were so brainwashed.”

In spite of the strict control and the staged scenes, he nevertheless managed to catch up with people in the fields, digging for roots to eat – one of the key moments that awoke the urge to help the “forgotten population”. 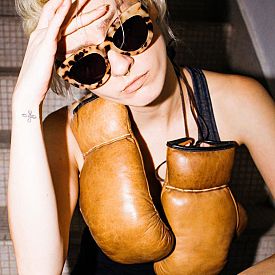 Established in 2014, Stahl’s company was built around redefining the term ‘Dear Leader’, that it “should be owned by somebody doing good for the human kind and not by a crazy dictator” he says.

In the beginning, his idea was to send a pair of reading glasses to North Korea for every pair of sunglasses sold in order to help the population to see better (in all sense). “But they would not have accepted it, so this is how the company started to support two regime-critical groups,” said Mr Stahl.

The next step is to move into other products, such as reading glasses, and the company is planning a launch under the name of Dear Reader.

And the North Koreans’ favourite US series is… 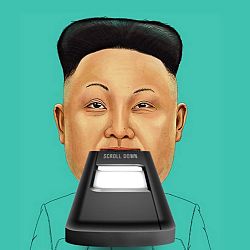 For every pair of sunglasses sold, $10 is donated to Flash Drives for Freedom and a magazine that uses narratives smuggled out of North Korea to tell the inside story of the regime.
In practice thousands of dollars annually brings support to secret reporters inside North Korea, and helps to send information about the outside world, because the flash drives (in English and in South Korean) heading to the North Korean black market hold information such as news, poetry and literature, even TV shows and films, “apparently Desperate Housewives and Titanic are very popular in North Korea,” Stahl added.

Though the regime’s opponents risk ending up in gulags “that are worse than Nazi camps”, the Danish director strongly believes that spreading information in the country is the most effective catalyst for the population to rise up against the regime, as “information is better than dropping bombs, so we use the weapons of mass information”.

Designed by a North Korean defector 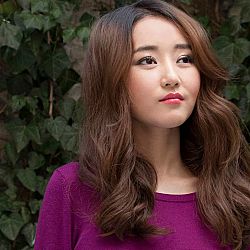 Johan Stahl insists that it is still the quality of the product rather than the story behind it that is the secret to the project’s success. The range of sunglasses has different designers but are mainly “handmade pieces with a timeless frame, some harking back to the 50’s, some even drawing on inspiration from the late 19th century”. For its first collection, Dear Leader collaborated with renowned Danish artists Kasper Bjørke and Kasper Eistrup.

The next collection however, will be designed by the company’s own “dear leaders”, such as the North Korean defector Yeon-mi Park, Saudi women’s rights activist Manal Al Sharif, or Zineb El Rhazoui, who worked as a writer for Charlie Hebdo (all in collaboration with the Danish design studio Kilo).

The so-called Freedom collection – launched next year – extends the company’s mission to other human rights causes.

“North Korean refugee, Yeon-mi told us that she has never owned a pair of sunglasses, so her first pair will be the ones she designs. All of them will be made of stainless steel from Germany and produced in South Korea, where we are opening a factory, hopefully finding a way to hire North Korean defectors,” said Stahl. 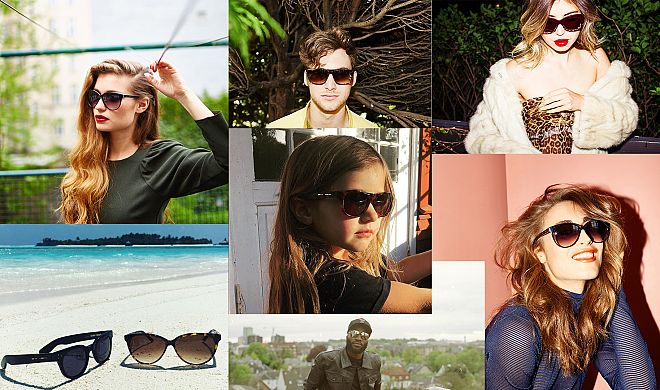 The company has stores in Denmark and is launching new ones this year and next in the Netherlands and both sides of the US. France is another target market.

“If one day the regime goes down and everything collapses,” adds the CEO, “We would be happy to help on the ground, by sending a substantial amount of aid and money and yes, we can say: the ultimate goal is to open our first store in North Korea.”