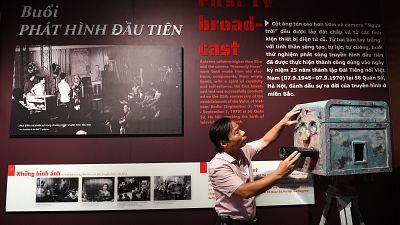 A new museum of the Press has opened in the Vietnamese capital Hanoi.

Visitors can see examples of 19th-century Vietnamese newspapers but the exhibits on display skirt around the thorny issue of contemporary media freedom in the country.

"When the visitor comes here, whether they are a journalist or not, they can feel the intimate atmosphere,” says visitor and journalist Nguyen Thu Hang. “Because there are things that we may have heard of, but we have to reflect that the press is not simply just the words we see - but also the efforts of journalists."

Visitors are able to see archives from the Indochinese wars of the forties and fifties - in which France lost its colonial power - and from American backed wars of the sixties and seventies, during which many journalists lost their lives.

New tribunal to investigate journalists' deaths created in The Hague