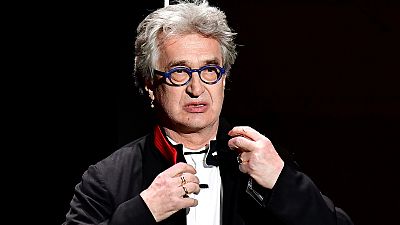 He is one of Europe’s most iconic film directors and producers, whose award-winning movies include ‘Paris, Texas’ (1984) and ‘Wings of Desire’ (‘Der Himmel über Berlin’, 1987) – he’s also a three-time Oscar nominee for documentaries like ‘Buena Vista Social Club’.

Wenders is the president of the European Film Academy which organises the annual European Film Awards. Launched in 1988 as a European alternative to the Oscars, the event marked its 30th anniversary this year.

The emotional speech of EFA President Wim Wenders at #efa2017, remembering the Berlin of 30 years ago, divided city in a divided Europe, and how nationalism – “the oldest and worst European disease” – is getting back in our lives. Let's spread his message https://t.co/hem98EjicOpic.twitter.com/YyOOb1KH3F

Wim Wenders, film director: “Well time has gone by fast, it all started here in Berlin, the wall was still standing. The first director to ever win Best Film was Polish filmmaker Krzysztof Kieślowski. He was so surprised, all he could think of saying was, ‘I hope Poland is in Europe.’ That’s how far removed we were from everything thirty years ago, and in the meantime a lot has happened.”

European cinema: “a family that is stronger together”

Wolfgang Spindler: “Well, on the other hand, when you look at the European film industry, we have great movies, great arthouse movies… Why is it that Europe isn’t able to build up a movie industry, with box office hits that generate a lot of money, which could help support independent cinema? Why is it so difficult after all these years?”

“We don’t cater to the lowest common denominator”

Wim Wenders: “Because Europe is not America, and because we don’t target a world market with movies that cater to the lowest common denominator to appeal to everybody. Europe’s treasure is in its diversity, every country is different, every country has its own history – every region has its own history – and we want to preserve that diversity. We don’t want to make big, monolingual movies, in a language that would certainly be English, in order to compete with Hollywood. Hollywood already does that very well. It’s not us. The days of uninspired ““euro-pudding”“:https://en.oxforddictionaries.com/definition/europudding films are long gone – today, Europe is a much freer place where there is room for everyone’s ideas. It’s complex and we certainly don’t have the same power as the Americans, but we don’t want to.”

“We need to stay ahead”

Wolfgang Spindler: “Thirty years of European Film Awards… What’s the future, what are the challenges for European Cinema?”

Wim Wenders: “Movie-making has drastically changed, the digital revolution is moving ahead at full speed. I hope the European film industry will stay ahead of things, and not fall behind. The way movies are being made is changing, as is the way they are distributed and watched. We need to stay ahead and we have to explain to our governments that we cannot miss the boat, we can’t afford to be three laps behind in this digital revolution marathon, we have to be in the front runners.”

White Ribbon at the Cesar 2018: the French way of protest dressing