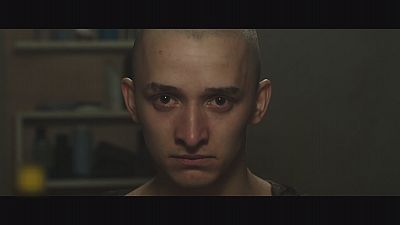 Hungarian film “Home Guards” is one of the country’s most expensive ever movies, made with a budget of 2.2 million euros.

It’s about two brothers and how they react to increasingly open racism in their small town. The subject is something of a hot potato in Hungary, which is on the front line of the refugee crisis and already suffers from endemic racism towards Roma and other minority groups.

Director Krisztina Goda, says that although she could have made a documentary on the subject, she wanted it to be fiction and says the film is a study of manipulation, rather than just racism: “A kind of psychological curiosity led me to make this film. To explore the character of the police chief, who has goals at the beginning, who is adorable, who is charismatic, an idol to the boys, like their father, and how this could turn into something totally different.”

The two brothers are unemployed and have very few job prospects, when they are recruited by the new police chief to join the so-called Home Guards and take a stand against crime. But the movement soon degenerates into a vigilante mob.

Viktor Klem, who plays the older of the two brothers, said: “You see what kind of people we are at the start of the film, and how by the end we’ve shaved our heads. Like many other young men we have no limits, no more enemies, we do what we want and we don’t care what other people think.”

“Home Guards” is on screens in Hungary now.