Making space has been a constant challenge through Monaco’s recent past. But for a city that lives on its heritage and beauty, simply demolishing and building bigger has never been an option. So architects have had to innovate; keeping features that tie new buildings to the past; creating new open spaces when they need to impinge on old ones; and most of all designing in harmony with the flat sea on one side and the soaring mountains on the other.
At the end of the 19th century area of ​​Monaco was 1.45 km². Then, from 1960, under the so-called “builder prince”, Rainier III an extensive development programme, including land reclamation began. Five decades later, the territory’s area stands at 2.02 km² but despite the expansion and many changes, the character of the city has been preserved.

Early on, Prince Albert I, nicknamed the “Prince scholar” recognized the role of the sea both in the past and the future of his land and set upon an ambitious project to create a museum dedicated to the oceans of the earth. The construction of Monaco Oceanographic Museum, embedded into the cliff face between 1889 to 1910, set the tone for future projects. 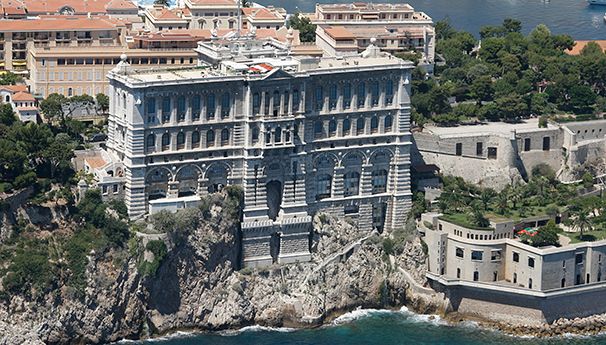 Between 1958 and 1961, a land-reclamation project at Portier, the first of its kind, delivered an additional 35,000 m2 to the territory. The establishing of the Japanese Garden and the Grimaldi Forum served to preserve the culture and environment of Monaco inside this new extension. Then, in 1961 Prince Rainier III oversaw the creation of the first artificial beach in the Mediterranean, the Larvotto. This development delivered ​​54,000 m² of seaside resort ideal for tourism developments.

In 1962 another project, this time adding 10,000 metres square, saw a new quay and port established in the Fontvieille district. A marina, the Principality’s newest, came ten years later.

After building out, the next phase of Monaco’s development was building down. To free up space to develop further, Monaco’s railway was re-routed and sent underground. In a speech to mark the opening of the new track, Prince Rainer III noted: “the railway tunnel passage is an absolute necessity if we want to conceive and complete the great urbanization projects for the districts of the Principality. “

Today, the 21st century developments reflect the environmental passion of Monaco’s current prince. Since coming to power in 2005, Albert II has championed a new style of modern development.
One example is the iconic Simona Jean-Pierre Lott residential tower, 90 meters high with more than 22 floors.

When imagining modern Monaco, it is impossible to escape thinking of the Odéon Tower, conceived by architect Antoine Giraldi. Standing 170 meters above sea level it is reputed to be the most luxurious building in the world. 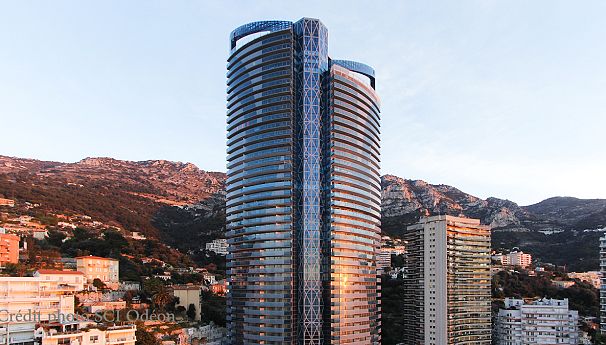 Plans in the pipeline show the same combination of ambition and respect for Monaco’s surroundings. Perhaps most notably in Jean-Michel Wilmotte’s sculptured eco-residential tower in the neighborhood Saint-Romain.
Despite the years of development, Monaco has retained green spaces and corners of peace and tranquility. Strict rules today ensure this heritage is preserved by mandating builders not only to create natural parks and gardens but to maintain them too.

Jean-Michel Ughes from Monaco’s board of architecture, sums the situation up like this: “The glamour and reputation of the principality is often linked to certain emblematic buildings like the casino, its hotels , the opera or the palace. It’s certainly true to say that in the case of Monaco, today’s skyline is the imprint of its history on its geography .”

It's the Oscars, Jim, but not as we know it.