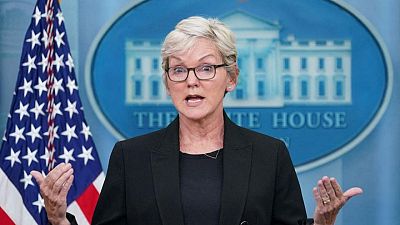 WASHINGTON – Two senior Republican lawmakers on Wednesday were highly critical of the decision by the U.S. Energy Department to award $200 million to Microvast Holdings over the lithium battery company’s ties to the Chinese government.

In October, Texas-based Microvast won a $20 million U.S. grant from the department to help build a new EV battery components plant in Tennessee.

Representative Frank Lucas, top Republican on the House Science Committee, said nearly 80% of Microvast’s assets are in China and 61% of its revenue in 2021 originated in China.

“Award of funding to a company with known ties to the Chinese Communist Party (CCP) raises serious concerns about the department’s ability to protect U.S. taxpayer dollars from exploitation by the CCP,” Lucas wrote in a letter to Energy Secretary Jennifer Granholm.

In November, Microvast and General Motors said they would work together “to develop specialized EV battery separator technology and build a new separator plant in the U.S., which is expected to create hundreds of new jobs.” The companies are investing $304 million in the project, Microvast said.

Separators serve to separate the anode from the cathode in batteries. GM said it would contribute its advanced separator technology to the Microvast collaboration.

Senator John Barrasso, the top Republican on the Energy and Natural Resources Committee, wrote Granholm in a separate letter saying that Microvast “is joined at the hip with China.” He called the award “demonstrably antithetical” to the intent of the $1 trillion 2012 infrastructure law.

The Energy Department said “Microvast is an American battery company” and because of the grant “it no longer needs to look to China to establish its manufacturing facilities” and “will allow Microvast to build a separator production plant here at home.”

Over 200 companies applied for $2.8 billion in Energy Department grants and 20 received awards.

A $430 billion climate bill approved in August imposes rising sourcing requirements on battery minerals and components on a $7,500 EV tax credit and aims to phase out content from countries like China.