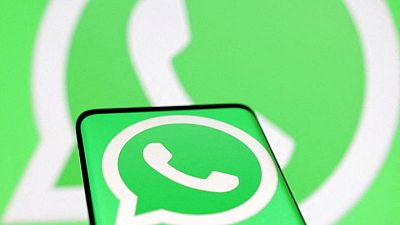 By Jorgelina do Rosario

Facebook owner Meta said last month that it will launch a payments tool in Latin America’s largest economy, allowing WhatsApp users to message and buy from a business directly in the chat.

“We are in the test phase as one of the partners that processes payments in Brazil,” Pedro Arnt told Reuters in an interview.

The payments tool in Brazil would allow WhatsApp users to find a company’s account through a directory service and make in-app transactions with credit or debit cards.

“This could be an opportunity for us to leverage WhatsApp efficiently to generate more sales and better customer contacts,” Arnt added.

He did not say how advanced the test phase is nor indicate the potential revenue generation for its financial arm Mercado Pago.

However, Brazil is one of WhatsApp’s biggest markets, together with India and Indonesia.

Mercado Pago was among several companies named by WhatsApp last month as having the necessary technical integration, “many of which” were also participating in production testing.

“We have a very strong relationship with our consumers because we can solve both their financial needs and their commerce needs. That puts us in a very strong position,” Arnt said.

The CFO said the firm will hold on to its cryptocurrency despite the market rout in the wake of the FTX exchange’s collapse, allowing it to still offer Mercado Pago users in some countries the possibility to buy, hold and sell crypto within digital wallets.

The company’s cryptocurrency investment of $30 million between the second and fourth quarter of 2021 is now worth $11 million, said Arnt.

“The market timing was wrong but it had a lot to do with learning about crypto storage, purchasing and selling,” he said. “No more purchases and we are not selling either, we are still holders of those assets.”

As the company expands its regional logistics network through Mercado Envios, Arnt said its fleet now contained more than 1,000 electric vehicles as it boosts same-day and next-day shipments.

The largest tech firm in Latin America by market capitalization is currently in talks with startups such as U.S. based Xos Trucks to work on design specifications of vehicles.

MercadoLibre aims to continue investing in technology to provide retail advertisers with more insight into consumer behavior after the Ads business reached 1.3% penetration over gross merchandise volume. “This business should be able to grow multiple times over the next few years,” Arnt said.