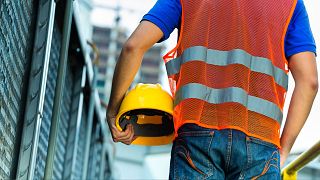 Workers in Belgium are now entitled to a four-day week - but those who take it up won’t be working any less.

The regulation, which was drafted by the Belgian government in February this year, came into effect on Monday (November 21), amid ongoing four-day week trials across countries and organisations.

But unlike the majority of pilots where workers are paid the same amount to work fewer hours, Belgian workers who take up the four-day week option will have to work the same amount of hours across the week.

It makes Belgium the first country in the European Union – and only the third in the world, after Iceland and New Zealand – to formally introduce the four-day workweek as an option for its workers.

This means they will essentially keep the same amount of working hours, but will have the freedom to decide to power through longer working days for just four days of the week.

The move had been months in the making, with Prime Minister Alexander de Croo announcing the new package of employment measures in February, when he said he hoped the four-day workweek would make the notoriously rigid Belgian labour market a little more flexible.

"We have experienced two difficult years. With this agreement, we set a beacon for an economy that is more innovative, sustainable and digital. The aim is to be able to make people and businesses stronger,” he said at the time he unveiled the reform package.

But according to local media, employers and employees are not exactly hailing this new option. Companies fear the new “condensed” workweek could bring organisational issues, while unions fear it will simply mean a bigger workload for employees the rest of the week.

A four-day week trial being run in the UK – in which workers work 20 per cent less for the same amount of pay – was hailed as a success at the half-way mark by some of the companies taking part.

Some 70 UK companies and more than 3,300 employees have signed up so far for the programme, which wraps up at the end of the month.

Similar programmes have been lined up in Ireland, the US, Canada, Australia, and New Zealand.

Is it time to break up with Twitter? Here are the alternatives