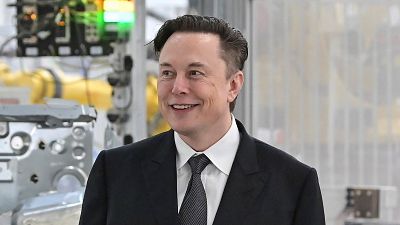 Elon Musk is set to face questions from lawyers for Twitter this week over his attempt to bail out of his bid to buy the company.

The billionaire Tesla and SpaceX CEO is trying to cancel the $44 billion (€45.6 billion) deal, claiming the company wasn't transparent about the number of bots on the platform.

The deposition - an out-of-court sworn testimony - which was scheduled to begin on Monday but was delayed, will be closed to the public.

Musk's lawyers will want to keep him focused on answering questions, but that can be a challenge with such a smart and opinionated witness, said James Morsch, a corporate litigator who is not involved in the court battle.

"I would compare it to trying to hold a tiger by his tail," Morsch said.

In a 2019 deposition in litigation over Tesla's takeover of solar-panel maker SolarCity, Musk refused five times to answer one of the initial questions because of the way it was worded, the transcript shows.

"We can stare at each other until you rephrase it," Musk told opposing attorney Randall Baron, according to a transcript.

"I'll guess we'll just cancel this deposition," Baron responded. Baron suggested that he would seek an order from the judge directing Musk to answer questions, which seemed to get things moving.

Musk trial to begin in October

Twitter's attorneys are expected to use the interview to try to show that Musk abandoned the deal due to falling financial markets and not because the company misled him about the real number of users or hid security flaws, as he has alleged.

Musk wants a judge to allow him to walk away without a penalty, while Twitter wants an order forcing him to buy the company for the agreed price.

A five-day trial is scheduled to begin on October 17 in Delaware.

Dozens of depositions are scheduled in the case, including of Twitter CEO Parag Agrawal, as each side questions witnesses and gathers evidence to make its case.