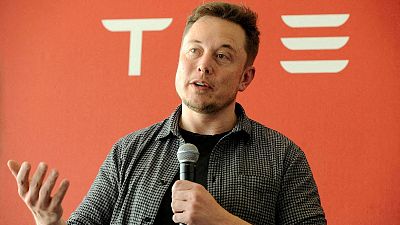 Elon Musk said the Twitter deal is on hold until he receives more information about how many fake accounts are on the platform, he said in a Tweet on Friday. But he later posted on the platform that he was "still committed to the acquisition".

Musk, the CEO of Tesla and SpaceX, announced in late April he planned a $44 billion (€41.05 billion) purchase of Twitter.

As part of his pitch to buy Twitter he has made cutting down on the amount of "spam and scam bots" and “bot armies" key to his purchase.

He also said he would prioritise free speech and reinstate former US president Doland Trump’s Twitter account, which has caused controversy.

He has also said he is in favour of open-sourcing the platform’s ranking algorithms.

The social media giant said in a recent earnings report it had overcounted its daily users for three years.

Twitter said it was due to a technical error, which lead it to counting multiple accounts as active even though it was tied to a single user.

Twitter said it overstated quarterly user numbers by about 1.5 million between the fourth quarter of 2020 to the end of 2021 and also overstated the figures in 2019, but was unable to provide data.

Euronews Next has reached out to Twitter for a reaction but has yet to receive a reply.