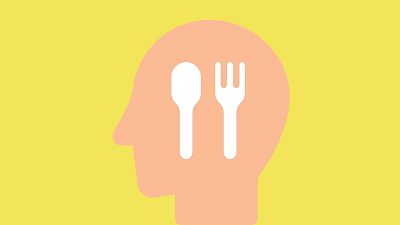 The weight loss the volunteers experienced was more down to them controlling what they ate, rather than when they ate it, the researchers said.   -   Copyright  Canva / Euronews Next   -
By Tom Bateman  •  Updated: 22/04/2022

Intermittent fasting is one of the most popular dieting methods out there. Search for it on instagram and you'll find nearly five million posts under #intermittentfasting, and another 3 million under #fasting.

But a year-long study of 139 people in Guangzhou, China, suggests that intermittent fasting, where people limit the days - or times of day - that they can eat, may not be any more effective than simply reducing the amount of calories you take in.

The study, published in the New England Journal of Medicine, recruited volunteers aged 18-75 with a body mass index (BMI) of between 28 and 45 and randomly sorted them into two groups.

One group could eat whenever they wanted. The other observed a form of intermittent fasting known as time-restricted eating (TRE), and could only eat between the hours of 8 AM and 4 PM.

Both groups were supported during the year-long trial with diet coaching and nutritional shakes for the first six months.

Despite the differing approaches, both groups showed similar results by the time the trial ended.

"We found that the 8-hour time-restricted eating regimen did not produce greater weight loss than the regimen of daily calorie restriction, with both regimens resulting in similar caloric deficits," the researchers wrote.

By the end of the 12 months, the intermittent fasting group lost an average of 8 kg, compared to 6.3 kg for the other group, which the researchers said was not a "significant difference".

Both groups also saw similar losses of body fat, as well as changes to lean body mass and blood pressure. Volunteers in each group also experienced similar levels of "mild adverse events" like headaches, dizziness and constipation, the researchers found.

"These results indicate that caloric intake restriction explained most of the beneficial effects seen with the time-restricted–eating regimen," they wrote.

In simple terms, the weight loss the volunteers experienced was more down to them controlling what they ate, rather than when they ate it.

Intermittent fasting has prompted debate among healthcare professionals, with questions over how the timing of the TRE period and choosing whether or not to restrict daily calories can lead to different results.

"The prescription of restricted eating windows is an attractive intervention to both practitioners and patients due to its simplicity," an article published by the Association of British Dieticians said last year.

"Whilst questions remain regarding the effectiveness of TRE, it has a place within a person-centred approach to weight management and metabolic health," the article said, calling for a rounded approach that took obstacles to TRE like social norms and dieters' individual routines into account.

This conclusion was echoed by the authors of the Guangzhou study, who said that while intermittent fasting had not proved to be significantly more effective than counting calories alone, it had still shown results when combined with a more restrictive food intake.

"Our results support a strategy of time-restricted eating combined with caloric intake restriction… as a viable and sustainable approach for obesity management," they said.

This robot is helping wheelchair users stand up and walk