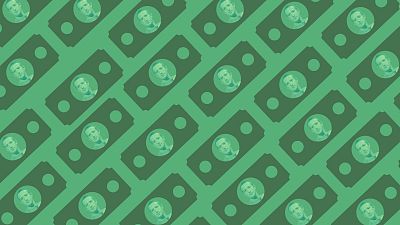 Meta staff have begun referring to the planned tokens as "Zuck bucks," although their official name is still unclear   -   Copyright  Euronews Next / Canva
By Tom Bateman  •  Updated: 07/04/2022

Facebook's parent company Meta is said to be drawing up plans to introduce virtual currencies and lending services to its platforms, with some employees already referring to the digital tokens as "Zuck Bucks" after company founder Mark Zuckerberg.

According to the Financial Times, Meta is in the early stages of expanding the range of financial products it offers to users of its apps and services, which include Facebook, WhatsApp and Instagram.

The company's financial arm, Meta Financial Technologies, has been exploring digital tokens to be used as part of an overall pivot to the metaverse, the FT reported.

Control over a proprietary currency could also provide the company an additional source of revenue as its core, advertising-based, social media business appears to be slowing down.

Meta stock tanked over 20 per cent in February after announcing its first-ever quarterly decline in active Facebook users, knocking almost $200 billion (€177 billion) off the company's valuation.

Sources linked to Meta's plans told the FT that the company's final product was unlikely to be a blockchain-based cryptocurrency. Instead, a system of "reputation token" or "social token" rewards for positive contributions to Facebook groups, as well as "creator coins" for influencers are under consideration.

A Meta spokesperson declined to elaborate on the company's plans, telling Reuters that they "have no updates to share today," and adding that the company is focused on building for the metaverse "and that includes what payments and financial services might look like".

Meta has previous painful experience with digital currencies. Libra, Facebook's 2019 attempt at building a crypto stablecoin, ended in failure after running into regulatory and commercial backlash.

The Libra project - rebranded as "Diem" - was offloaded by the company earlier this year.

However, the company is not distancing itself from blockchain entirely.

CEO Zuckerberg said last month that Instagram would introduce non-fungible tokens (NFTs) in the "near-term". Facebook will also begin a pilot scheme for posting and sharing NFTs on its platform in May, the FT reported on Wednesday.