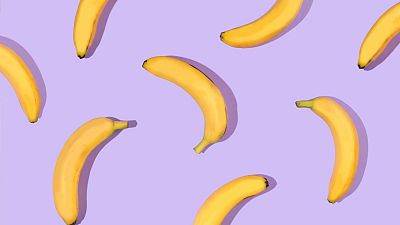 People who send unwanted pictures of genitals online will face up to two years in jail under a proposed UK law   -   Copyright  Canva
By Natalie Huet  •  Updated: 14/03/2022

The UK is cracking down on people who send unsolicited sexual images online, with plans to create a new criminal offence of "cyberflashing".

Under the proposed legislation announced on Sunday, anyone who sends a photo or film of a person’s genitals - "for the purpose of their own sexual gratification or to cause the victim humiliation, alarm or distress" - may face up to two years in prison.

It follows recent moves from the British government to criminalise upskirting and breastfeeding voyeurism.

The practice of "cyberflashing" typically involves people sending an unsolicited picture of genitals - so-called "dick pics" - via social media or dating apps, but also via data sharing services such as Bluetooth and Airdrop.

A preview of the photo can appear on a person’s device, meaning that even if the transfer is rejected by the recipient, that person cannot avoid seeing the image.

Research by UCL’s Institute of Education in 2019 found that 76 per cent of girls aged 12-18 had been sent unsolicited nude images of boys or men.

"It is unacceptable that women and girls travelling on public transport, or just going about their day-to-day lives, are being subjected to this despicable practice," UK justice minister Victoria Atkins said in a statement.

"Cyberflashing can cause deep distress to victims and our changes ensure police and prosecutors have the clarity they need to tackle it and keep people safe".

The British government warns that its revised online safety bill, due to be presented in parliament this week, will also put more pressure on search engines, social media platforms, and dating websites to tackle a range of illegal and harmful content on their services.

"Tech has the power to bring people together and make our lives better, but it can also enable heinous behaviour from those who wish to abuse, harm, and harass".