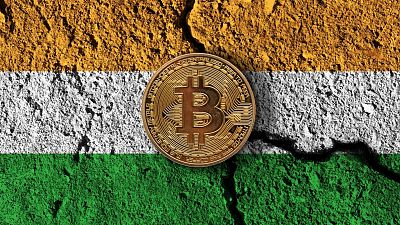 India is set to launch a state-backed digital currency by next year and said it will tax cryptocurrencies and NFTs as part of new fiscal measures announced by the government on Tuesday.

It comes as the country moves to recognise cryptos in the world’s second-largest internet market.

The tax on virtual assets will be at 30 per cent, the country’s finance minister Nirmala Sitharaman announced.

There will also be a 1 per cent tax deduction at source on payments made related to the purchase of digital assets.

The move may deliver a blow to one of the most dynamic cryptocurrency markets in the world, which has been unregulated up until now. On the other hand, it shows the country may be recognising such virtual assets as legal tender.

"No deduction in respect of any expenditure or allowance shall be allowed while computing such income except cost of acquisition. Further, loss from (the) transfer of digital asset cannot be set off against any other income," Sitharaman said in one of New Delhi’s most remarkable tech and business-focused federal budgets.

"Gift of [a] virtual digital asset is also proposed to be taxed at the hand of the recipient," she added.

Digital rupee based on blockchain

Meanwhile, Sitharaman clarified that the Central Bank would introduce a "digital rupee," based on blockchain technology, by the end of March 2023.

She said the digital currency would provide a "big boost" to the digital economy and it would also lead to a more efficient and less costly currency management system.

Cryptocurrencies have come under intense scrutiny from Indian regulators after entering the market nearly a decade ago. A spike in fraudulent transactions led to their banning in 2018.

India's Supreme Court lifted the ban two years later and the market has since surged nearly 650 per cent through June 2021, ranking second behind Vietnam, according to research by Chainalysis.

But in November, India’s government announced a new law to ban private cryptocurrencies.

The budget presented on Tuesday also plans to increase infrastructure spending to support the economy's rebound from the pandemic, amid rising inflation and unemployment and pledged to increase the reach of the Internet and digital banks in rural parts of the country.

Couple arrested after US seizes $3.6 billion in stolen Bitcoin