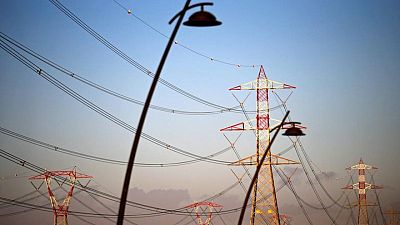 <div> <p><span class="caps">MILAN</span> -Italian household electricity prices will jump 55% in the first quarter of next year and gas prices will rise 41.8% due to higher commodity prices, energy watchdog <span class="caps">ARERA</span> said on Thursday.</p> <p>The increases take into account 3.8 billion euros ($4.3 billion) of public money stumped up by the government to curb the surge in retail energy bills in the first three months of next year.</p> <p>Without these measures, power and gas prices for families on the regulated market would have risen by 65% and 59.2% respectively, <span class="caps">ARERA</span> said.</p> <p>Soaring energy prices, triggered by heavy demand for gas as economies look to emerge from the coronavirus pandemic, have prompted governments across Europe to introduce measures like subsidies and tax breaks to try to shield consumers from high bills.</p> <p>They have also led to calls in some countries for EU-wide solutions, though other governments are wary of long-lasting regulatory reform for what they say could be short-term price spikes.</p> <p>The head of <span class="caps">ARERA</span>, Stefano Besseghini, acknowledged that many Italians faced serious and unexpected hardship.</p> <p>“<span class="caps">ARERA</span> is considering changes to the part of regulations that normally applies to ordinary phases, adapting it … to what is an unprecedented situation.”</p> <p>Rome, keen to support lower-income households as the health pandemic takes its toll, has spent around 8 billion euros overall since July to curb hikes in energy bills.</p> <p>Besides one-off measures, including a 5% cut in <span class="caps">VAT</span> on gas in the first quarter, it is looking into longer-term structural reform of the energy market.</p> <p><span class="caps">ARERA</span> said money from the government allowed “system charges” in bills to be temporarily suspended.</p> <p>System charges, which include things like renewable energy subsidies and nuclear decommissioning, account on average for more than 20% of Italians’ final bills.</p> <p><span class="caps">ARERA</span> reviews power and gas prices quarterly for households still on Italy’s “protected”, or regulated, market. Some of the measures can also affect the bulk of consumers and businesses who are now on the liberalised market.</p> </div>