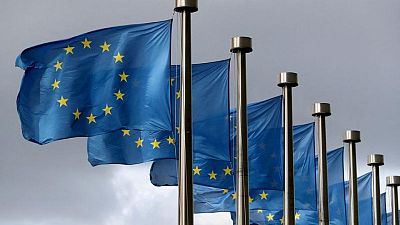 <div> <p><span class="caps">BRUSSELS</span> – The European Union will place extra tariffs on aluminium foil coming from China after the European Commission found that producers there benefited from excessive and unfair subsidies, the EU official journal said on Wednesday.</p> <p>The tariffs on a specific thin grade of aluminium converter foil, which will come into force on Thursday, range from 8.6% to 18.2% and come on top of existing anti-dumping duties of between 6.0% and 28.5%.</p> <p>The European Commission, which conducted an investigation after a complaint from EU producers, said that China had identified aluminium foil as a key industry and intervened with the free play of market forces to promote the sector.</p> <p>State subsidies took the form of financing on preferential terms, export credit insurance, grants, tax exemptions and government provision of land use rights and power at below market prices.</p> <p>The investigation showed China’s share of the EU aluminium foil market grew to 24% in 2019 from 18% in 2017, with average prices falling. Imports from other countries were limited. </p> <p>The complaint came from six EU producers, including Italy’s Carcano Antonio, Eurofoil Luxembourg and Germany-based Hydro Aluminium Rolled Products.</p> <p/> </div>