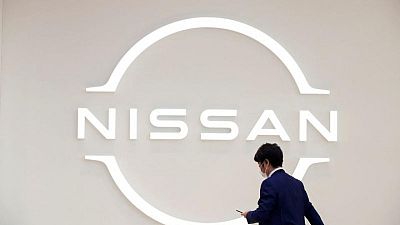 <div> <p><span class="caps">TOKYO</span> – Nissan Motor Co Ltd plans to build new battery recycling factories in the United States and Europe by the end of fiscal 2025, the daily Nikkei reported on Thursday.</p> <p>Nissan hopes that recycling batteries and re-using them in electric vehicles (EVs) would help lower production costs as the price of rare metals rise, Nikkei said.</p> <p>The factories would be the company’s first battery recycling facility built outside of Japan, the report added, without specifying the country in Europe where the factory would be built.</p> <p>Nissan did not immediately respond to a Reuters’ request for comment.</p> <p>Last month, the company announced its electrification push, committing to spending 2 trillion yen ($17.53 billion) over five years to increase vehicle electrification to catch up with rivals in one of the fastest growing segments for car makers.</p> <p>The car maker said they plan to launch 23 electrified vehicles, including 15 EVs, by 2030.</p> <p>($1 = 114.1100 yen)</p> <p/> </div>