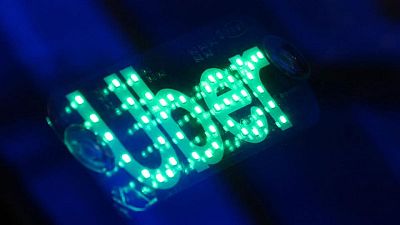 <div> <p>By Tina Bellon</p> <p> – Aurora Innovation Inc on Wednesday said it had launched a pilot program with the freight unit of Uber Technologies Inc to transport goods in Texas and to integrate autonomous trucking into Uber Freight’s shipping platform.</p> <p>Aurora said it began autonomously transporting loads for Uber Freight customers between Dallas and Houston last week. The company plans to launch its commercial autonomous trucking business by the end of 2023, starting in Texas.</p> <p>Uber is an investor in Aurora after the self-driving company bought Uber’s autonomous vehicle unit <span class="caps">ATG</span> last year and Uber acquired a 26% ownership interest in Aurora. </p> <p>Uber Freight is a platform that acts as a middleman in connecting shippers who need goods hauled with available truck drivers, oftentimes independent contractors in a highly fragmented market. </p> <p>Aurora says that shippers who subscribe to its self-driving product will be able to book autonomous trucks through the Uber Freight platform once commercial self-driving trucks launch in 2023.</p> <p>Using autonomous trucks, shippers will be able to increase utilization of the truck and haul more good more often between terminals, Aurora said. Human truck drivers are not allowed to drive more than 11 hours per day – restrictions that do not apply to self-driving trucks.</p> <p>The pilot program deploys so-called drop-and-hook loads, an industry term that describes a driver dropping off a full container at a terminal and then immediately grabbing a new one, without waiting for it to be unloaded.</p> <p>Human-operated trucks booked through the Uber Freight network then handle the last mile to the actual destination, where the goods are being unloaded, the companies said.</p> <p/> </div>