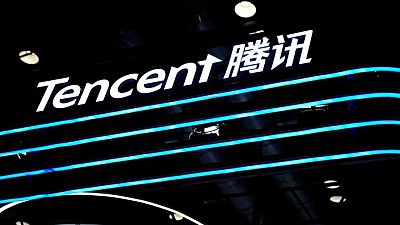 <div> <p><span class="caps">SHANGHAI</span> – China’s foreign exchange regulator said it fined Tencent Holding’s Tenpay for violating foreign exchange rules, as authorities step up supervision of the country’s fintech industry.</p> <p>The State Administration of Foreign Exchange (<span class="caps">SAFE</span>) Shenzhen branch fined Tenpay, Tencent’s online payment platform, 2.78 million yuan ($436,000) for misconduct, including conducting foreign exchange business beyond the scope of its registration, according to a statement posted late Friday on the regulator’s website.</p> <p>The FX regulator also gave the company a number of warnings, ordered it to rectify the violations and confiscate illegal gains, the statement said.</p> <p>“In response to the problems found in the routine inspection in 2019-2020, Tenpay has immediately formulated an improvement plan and implemented it item by item, and has now completed the rectification of all of them,” Tenpay said in a statement to Reuters on Monday.</p> <p>It added that the company will further strengthen compliance management under the guidance of <span class="caps">SAFE</span>’s Shenzhen branch.</p> <p>China launched a widespread clampdown on its technology sector this year, with the competition regulator in particular dishing out fines and warnings and conducting investigations into the biggest names in the “platform economy”.</p> <p>($1 = 6.3821 yuan)</p> <p/> </div>