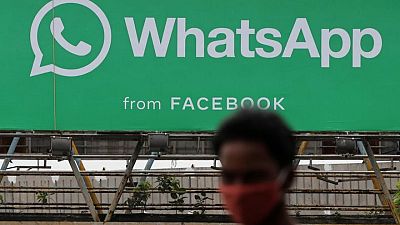 <div> <p>By Aditya Kalra</p> <p><span class="caps">NEW</span> <span class="caps">DELHI</span> – WhatsApp has won regulatory approval to double the number of users on its payments service in India to 40 million, a source with direct knowledge told Reuters on Friday.</p> <p>The company had requested that there should be no cap on users of its payment service in India.</p> <p>Instead, the National Payments Corporation of India (<span class="caps">NPCI</span>)this week told the company it could double the user base to which it can offer its payment service – currently restricted to 20 million – the source said. </p> <p>WhatsApp is owned by Facebook, which recently changed its name to Meta.</p> <p>The source said the new cap would still hinder the company’s growth prospects given that WhatsApp’s messenger service has more than 500 million users in India, the company’s biggest market. </p> <p>It was not clear when the new cap would come into effect.</p> <p>WhatsApp did not immediately respond to a request for comment, while the <span class="caps">NPCI</span> declined to comment.</p> <p>WhatsApp competes with Alphabet Inc’s Google Pay, SoftBank- and Ant Group-backed Paytm and Walmart’s PhonePe in India’s crowded digital market.</p> <p>The <span class="caps">NPCI</span> gave WhatsApp approval to start its payments service last year after the company spent years trying to comply with Indian regulations, including data storage norms that require all payments-related data to be stored locally. </p> <p>WhatsApp has almost reached its user base of 20 million for payment services, said the source, who declined to be identified as the details are private.</p> <p>Online transactions, lending and e-wallet services have been growing rapidly in India, led by a government push to make the country’s cash-loving merchants and consumers adopt digital payments.</p> <p/> </div>