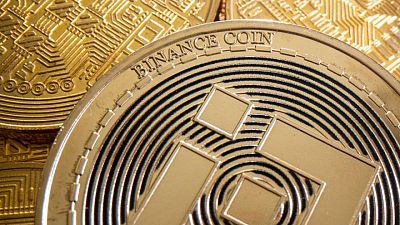 <div> <p><span class="caps">PARIS</span> – France’s financial sector regulator said on Thursday that crypto exchange Binance must focus on its anti-money laundering compliance if it wants regulatory backing to set up a possible regional hub in Paris.</p> <p>Regulators across the world have in recent months scrutinised Binance, the world’s largest exchange by trading volumes. Some have banned the platform from certain activities, while others have warned consumers that it is unlicensed to operate.</p> <p>The company has acknowledged that its currently decentralised structure has been frowned on by regulators and it aims to set up regional hubs. </p> <p>Binance <span class="caps">CEO</span> Changpeng Zhao said earlier this month that Paris would be a “natural choice” for its regional and possibly its global headquarters.</p> <p>“It’s a sign of the Paris market’s innovative dynamism but this obviously depends on trust and credibility being guaranteed,” French central bank Governor Francois Villeroy de Galhau said in a speech.</p> <p>“That’s what will guide the <span class="caps">ACPR</span> and the <span class="caps">AMF</span> (financial markets authority) in their actions especially on the key issue of anti-money laundering,” Villeroy told a conference organised by the <span class="caps">ACPR</span> financial sector regulator, which he also heads.</p> <p>Binance’s <span class="caps">CEO</span> told French business newspaper Les Echos earlier this month that his company hoped to get regulatory approval from the <span class="caps">AMF</span> in 6 to 12 months.</p> <p>He said 600 of Binance’s 3,500 staff work in compliance and relations with regulators.</p> <p/> </div>