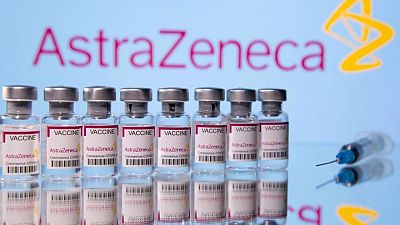 <div> <p>By Alistair Smout</p> <p><span class="caps">CAMBRIDGE</span>, England -Britain’s Prince Charles formally opened a new 1 billion pound ($1.3 billion) AstraZeneca research and development (R&D) facility in Cambridge, eastern England, on Tuesday, as the company aims to fuel the growth of its drug pipeline.</p> <p>AstraZeneca has supplied two billion doses of its <span class="caps">COVID</span>-19 vaccine, developed at Oxford University, and is also looking to bring a preventative antibody cocktail against <span class="caps">COVID</span>-19 to market.</p> <p>Prince Charles, son of Queen Elizabeth and heir to the throne, saw an exhibit on the pandemic and a demonstration of how augmented reality headsets can help with lab work, before hearing about the company’s net-zero targets. </p> <p>“The last two years have been some of the most difficult of a generation,” Prince Charles said in a speech. </p> <p>“But if we can quite literally turbo-charge the sustainable action so desperately needed, we can create a greener, healthier future – for people, Nature and our one and only planet.”</p> <p>Chief Executive Pascal Soriot said the centre would “power the next stage of our company’s growth.” </p> <p>The plans for AstraZeneca’s new headquarters and large R&D campus in Cambridge were unveiled in 2013, but its costs and timeframe have exceeded the initial estimate of 330 million pounds and an aimed completion date of 2016.</p> <p>AstraZeneca, which has a large portfolio of treatments for diseases such as cancer, heart disease and diabetes, said the centre would support research into specialised medicines and next-generation therapeutics, including gene-editing and cell therapies. </p> <p>“We will have advances that could come to the clinic in the next three, four years, that can lead to really effective new drugs in various aspects of treating cancer,” Dr Susan Galbraith, AstraZeneca’s Executive Vice President, Oncology Research & Development, told Reuters in an interview.</p> <p>“I’m very optimistic about the fact that we can make a big difference to this disease in the coming decade” </p> <p>($1 = 0.7454 pounds)</p> </div>