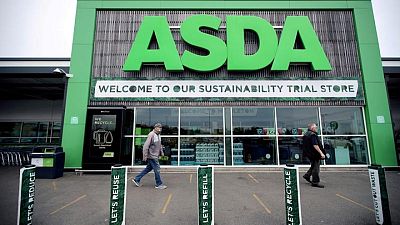 <div> <p><span class="caps">LONDON</span> -British supermarket group Asda has appointed Stuart Rose, the former boss of Marks & Spencer, as its new chairman, tasking him with leading the board’s recruitment of a new chief executive, it said on Tuesday.</p> <p>Rose, 72, also a former chairman of online supermarket Ocado, will take up the chairman role at Asda on Dec. 1, the group said.</p> <p>Asda, Britain’s third largest grocer after market leader Tesco and Sainsbury’s, is owned by Mohsin and Zuber Issa and private equity group <span class="caps">TDR</span> Capital.</p> <p>The brothers and <span class="caps">TDR</span> also own petrol forecourt business EG Group, which is also chaired by Rose.</p> <p>Asda has been without a <span class="caps">CEO</span> since Roger Burnley abruptly left the group in August.</p> <p>“The process to appoint a new Chief Executive Officer for Asda, who has the vision to take this great business forward over the coming years, is a priority for the Board and we will be supporting the shareholders in this process,” Rose said.</p> <p>Asda also named Alison Carnwath, a former chair of Land Securities, as a non-executive director, effective Dec. 1. She also sits on the EG board.</p> </div>