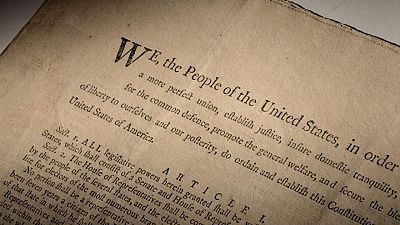 <div> <p><span class="caps">LONDON</span> -A crowd-funded bid by cryptocurrency enthusiasts to buy a rare copy of the U.S. constitution fell short on Thursday, after the document sold to another buyer at auction for $43.2 million.</p> <p>The identity of the winning bidder was not immediately clear, nor was it clear why the cryptocurrency group, called “ConstitutionDAO” was outbid at that price, as their crowd-funding page https://juicebox.money/#/p/constitutiondao had amassed more than $47 million.</p> <p>“Community: We did not win the bid,” ConstitutionDAO said on Twitter, promising its 17,437 contributors a refund minus transaction fees. </p> <p>The extremely rare official first-edition printed copy of the U.S. Constitution, which was adopted by America’s founding fathers in Philadelphia in 1787, had been estimated by auctioneer Sotheby’s to be worth $15 million to $20 million.</p> <p>It last sold for $165,000 in 1988, when it was acquired by the late S. Howard Goldman, a New York real estate developer and collector of American autographs, documents and manuscripts.</p> <p>The winning bid was $41 million and the final price of $43.2 million includes overheads and other costs, Sotheby’s said.</p> <p>Sale proceeds will benefit a charitable foundation in the name of his wife, Dorothy Tapper Goldman, to further the public’s understanding of democracy, according to Sotheby’s. </p> <p>The ConstitutionDAO website https://www.constitutiondao.com had said contributors would become members of the Decentralised Autonomous Organisation, or <span class="caps">DAO</span>, but would not themselves have had a stake in the document.</p> <p>A <span class="caps">DAO</span> is a kind of online community that uses blockchain technology to allow members to suggest and vote on decisions about how it is run.</p> <p>More than $47 million, or 11,600 of the cryptocurrency ether, had been paid into the project, according to the crowdfunding website Juicebox.</p> <p>The document they missed out on is one of 11 known existing copies – the only one still in private hands – from the official first printing of the final text of the Constitution, as adopted in Philadelphia and submitted to the Continental Congress for review, Sotheby’s said.</p> </div>