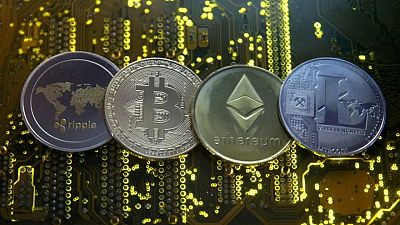 <div> <p> – Gemini said on Thursday it had raised $400 million in a funding round led by hedge fund Morgan Creek Digital that valued the startup at $7.1 billion, becoming the latest crypto company to have raised money at high valuation in recent months. </p> <p>Led by Cameron and Tyler Winklevoss, Gemini was launched in 2015 as a platform for buying, selling, storing and earning cryptocurrencies including bitcoin and ether, and DeFi (Decentralized Finance) tokens. </p> <p>DeFi platforms allow users to carry out financial transactions, usually in cryptocurrencies, while bypassing the traditional gatekeepers of finance such as banks and exchanges.</p> <p>The Winklevoss twins are best known for their feud with Meta Platforms, formerly Facebook Inc, Founder Mark Zuckerberg over whether he stole the idea for the social networking website from them. </p> <p>The former Olympic rowers ultimately settled their legal dispute, which was dramatized in the 2010 film “The Social Network.”</p> <p>Gemini, which said it would use the funds to grow its geographic footprint and expand its offerings, also runs a non-fungible token or <span class="caps">NFT</span> marketplace for digital art and collectibles which has 375 unique artist collaborations. </p> <p>Other investors that participated in the round include venture firms 10T, ParaFi, Newflow Partners, Marcy Venture Partners, and the Commonwealth Bank of Australia. </p> <p>Crypto companies have seen valuations jump in recent months, as their perceived value has risen with the price of bitcoin and other major cryptocurrenices. </p> <p>Blockchain technology firm ConsenSys raised $200 million on Wednesday at a valuation of $3.2 billion, from investors including <span class="caps">HSBC</span> and U.S. hedge fund Third Point.</p> <p>Crypto firm <span class="caps">FTX</span> Trading also gained a sky-high valuation of $25 billion after its funding round last month.</p> <p>However, bitcoin, the most popular cryptocurrency, has seen wild price swings in recent months, falling below $60,000 last week, after reaching a record high of $69,000 on Nov. 10 </p> <p/> </div>