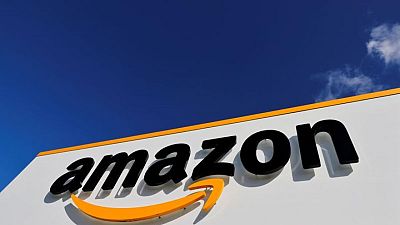 <div> <p>By Aditya Kalra</p> <p><span class="caps">NEW</span> <span class="caps">DELHI</span> -A global trade union for the services sector on Friday urged European authorities to widen their antitrust investigation of Amazon.com Inc to assess if the company engaged in creating knockoff goods and rigging search results on its platform.</p> <p>The demand by the <span class="caps">UNI</span> Global Union was triggered by a Reuters report https://t.co/PiVEqAgjY6 last week based on internal Amazon documents that showed the e-commerce company ran a systematic campaign of copying products and manipulating search results to boost its own private brands such as AmazonBasics in India, a key growth market.</p> <p>In a letter dated Oct. 22 to European Commission President Ursula von der Leyen, and also copied to EU antitrust chief Margrethe Vestager, the union body’s European arm said authorities there must investigate if Amazon engaged in “similarly damaging behaviour within the European Union.”</p> <p>“As further revelations of the scale of Amazon’s operations to undermine that level playing field surface, further action is needed to ensure it is held accountable at every turn,” the letter, seen by Reuters, said. It cited the Reuters story.</p> <p>The union body has been a vocal critic of Big Tech’s business practices around the world. <span class="caps">UNI</span> Europa says it represents about 7 million workers and counts several companies’ labour unions among its members, including those representing warehouse employees of Amazon in Spain, Germany, France and Italy.</p> <p>Amazon did not respond to requests for comment. </p> <p>A spokesperson for the European Commission said in a statement it had received the union body’s letter to which it would reply in due course. </p> <p>“The Commission has already announced … that it takes issue with Amazon systematically relying on non-public business data of independent sellers who sell on its marketplace, to the benefit of Amazon’s own retail business, which directly competes with those third party sellers. The Commission investigation is ongoing,” it added.</p> <p>European authorities have been investigating Amazon’s position as both a marketplace for merchants and a rival seller.</p> <p>Last year, the Commission accuse https://reut.rs/2GNsvR3d the U.S. company of using its size, power and data to gain an unfair advantage over smaller merchants that sell on its online platform. At the time, Amazon said the company represented less than 1% of the global retail market and there were larger retailers in every country it operates in.</p> <p>The Amazon documents reviewed by Reuters showed how the company’s private-brands team in India secretly exploited internal data from its India unit to copy products sold by other companies, then offered them on its platform. The company also promoted sales of its private brands by rigging search results on its India platform, the documents showed.</p> <p>In response to the report, Amazon said it believes “these claims are factually incorrect and unsubstantiated.” The company did not elaborate. The company said the way it displays search results doesn’t favour private-brand products.</p> <p>After the Reuters story was published last week, five members of the U.S. House Judiciary committee wrote to Amazon <span class="caps">CEO</span> https://reut.rs/3n44LJp Andy Jassy, accusing the company’s top executives of either misleading Congress or possibly lying to it about Amazon’s business practices. </p> <p>U.S. Democratic Senator Elizabeth Warren, a prominent critic of Amazon, called for breaking up the company https://reut.rs/3BBUY3k after the report, while in India, a group representing millions of brick-and-mortar retailers has asked the government to take action against Amazon.</p> </div>