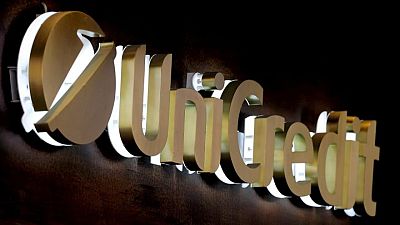 <div> <p><span class="caps">MILAN</span> – UniCredit said on Tuesday it had created an Italian wealth management and private banking division that would be led by Stefano Vecchi starting Oct. 1. </p> <p>Vecchi, whose division will serve around 140,000 clients with more than 100 billion euros ($117 billion) in assets, will report directly to Niccolò Ubertalli, head of UniCredit Italy.</p> <p>Around 1,400 staff are in Vecchi’s division, half of whom are relationship managers spread across 132 cities in Italy.</p> <p>UniCredit is looking to boost fee income as analysts think it relies too heavily on interest income – the difference between interest paid to depositors and charged on loans – especially in the current negative rates environment.</p> <p>Separately on Tuesday, Ubertalli informed staff in a note seen by Reuters that Mirko Bianchi was stepping down as head of the group’s wealth management and private banking business.</p> <p>During his 12 years at UniCredit, Bianchi has held a number of senior roles including chief financial officer. He will now pursue “new opportunities and challenges” outside the group, Ubertalli said.</p> <p>UniCredit, Italy’s only bank deemed of systemic relevance by regulators, has been reorganising under new <span class="caps">CEO</span> Andrea Orcel, who took over in April from predecessor Jean Pierre Mustier.</p> <p>Orcel has streamlined the top management structure, axing co-head positions for the most senior roles.</p> <p>He has also beefed up the powers of the main countries where UniCredit operates, whereas previously the bank’s operations were structured around wider geographical areas.</p> <p>($1 = 0.8537 euros)</p> <p/> </div>