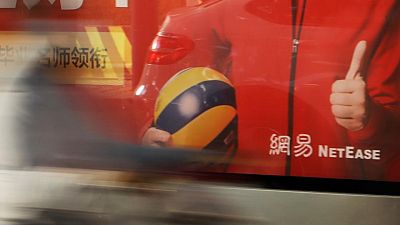 <div> <p>By Supantha Mukherjee</p> <p><span class="caps">STOCKHOLM</span> – Kepler Interactive, a game publisher co-owned and run by developers, on Tuesday said it got $120 million in funding from Chinese gaming firm NetEase Inc.</p> <p>The group, formed with seven gaming companies including Alpha Channel and Sloclap, plans to offer game studio founders to become co-owners, share resources and financial gains, while being charge of their own studios. </p> <p>“We have a studio committee, which meets on a weekly basis, they get involved in major company decisions, but they don’t get involved into individual studio decisions, so the studios remain independent,” <span class="caps">CEO</span> Alexis Garavaryan said in an interview. </p> <p>Sweden’s Embracer had a somewhat similar model in which instead of partnering, it bought companies but allowed their founders to run them independently with full creative and operational freedom. That model has helped Embracer to become Europe’s largest video game company.</p> <p>Kepler will have operational hubs in London and Singapore, with teams spread over 10 countries, and a 2022 slate of titles such as third person action game Sifu , first-person survival horror adventure video game Scorn , and open-World adventure game Tchia.</p> <p>Garavaryan did not disclose the valuation of the company but said NetEase would be a minority investor.</p> <p>The global games market will generate $175.8 billion in 2021 and is expected to cross the $200-billion mark in 2023, according to gaming analytics firm Newzoo.</p> <p>The company’s studios are currently focused on PC and console games, but it could look at bringing in studios with expertise in mobile games and animations.</p> <p>“There’s conversations about expansion so we have had talks about bringing an animation studio, so that we can adapt some of our properties into animated series,” said Garavaryan.</p> <p/> </div>