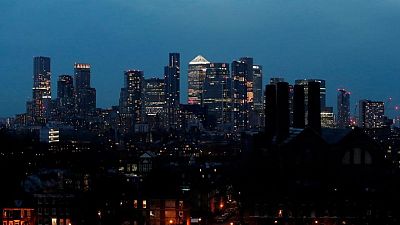 <div> <p>By Huw Jones</p> <p><span class="caps">LONDON</span> – Scrapping a cap on bankers’ bonuses inherited from the European Union is not a top priority and other curbs on remuneration aimed at fostering financial stability should not be weakened, Bank of England Deputy Governor Sam Woods said on Thursday.</p> <p>Britain’s departure from the EU has raised hopes in the financial sector that some of the bloc’s more onerous rules might be rolled back.</p> <p>The finance ministry is reviewing the cap, which limits bonuses to no more than twice fixed salaries, having opposed the rule when it was approved by the EU, saying it would simply encourage base pay to go up.</p> <p>“We have never been a big fan of the bonus cap,” Woods told Reuters. “However, the bonus cap is the law and it’s not near the top of our priorities to look at.”</p> <p>Woods heads the Prudential Regulation Authority, the BoE arm that directly regulates banks and makes sure they comply with rules like the cap.</p> <p>Scrapping the cap could also be politically difficult for the government at a time when millions of people are struggling financially after <span class="caps">COVID</span>-19’s hit to jobs and the economy.</p> <p>Along with other countries, the UK introduced other types of curbs such as deferring part of a bonus, along with clawback and malus to stop or recover the remainder of a bonus if a banker is involved in misconduct. </p> <p>“I don’t think we will ever want to weaken what we are doing on pay,” Woods said. “Deferral, clawback and malus, those are good things and we should keep them.”</p> <p>Lawmakers and bankers want regulators to help maintain London’s competitiveness as a global financial centre.</p> <p>“I do think it’s very important the Prudential Regulation Authority keeps its primary focus on financial stability and safety and soundness,” Woods said.</p> <p>“If you dilute that primary focus, you are heading for trouble, and it’s very bad for competitiveness as it damages our reputation as a financial centre and it damages our reputation with other authorities.”</p> <p>Britain’s huge financial services sector has largely been locked out of the EU since full Brexit last December, with thousands of jobs and billions of euros in daily share trading leaving London for the continent.</p> <p>As the EU is unlikely to grant Britain access to its financial market, it sets the UK on a divergent path of tailoring rules to its own market, Woods said.</p> <p>The hit from Brexit to the financial sector so far has been “modest” and it will take time to feel the “upside” of greater autonomy in rulemaking, he said.</p> <p>“With so much else going on, that Brexit effect will gradually diminish through time.”</p> <p/> </div>