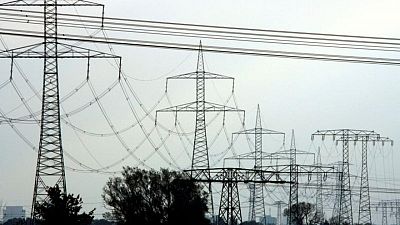 <div> <p>By Vera Eckert</p> <p><span class="caps">FRANKFURT</span> – Around 310,000 German households face a 11.5% increase in their gas bills, data showed on Monday, as suppliers pass on record wholesale rates and add to tensions over the issue ahead of federal elections this month.</p> <p>German households already have some of Europe’s highest energy bills because of costly support for carbon-free energy sources, while industry enjoys exemptions to help maintain its competitiveness.</p> <p>Contracts tend to be renewed annually, which can delay the impact of increases for many of Germany’s 41.5 million households, but price comparison portal Check24 said record prices were being passed on at retail level.</p> <p>Check24 data showed the 11.5% increase will add 172 euros to the bills of some 310,000 households, which pay 1,516 euros ($1,775.54) for 20,000 kilowatt hours (kWh) of annual gas consumption.</p> <p>Around 290,000 average household with 5,000 kWh annual power consumption have been notified of 3.7% increases in their annual prices, adding 63 euros to their annual bill of 1,532 euros.</p> <p>Wholesale power for spot delivery in the year to date has risen to 65.16 euros a megawatt hour (MWh), 74% above its 2018-2020 average, while the main futures price for power delivery at 63.22 euros/MWh, is up 44% in the year-to-date, analysts Horvath said in a research note.[EL/DE]</p> <p>Prices have been driven by factors including Asia’s economic recovery – which sent related coal and gas soaring – political will to push up the cost of European carbon prices permits, higher oil prices, a decline in renewable power production in Germany because of weather, and a scheduled phase-out of coal power plants.</p> <p>“Many gas storages in Europe are significantly emptier than normal at this time of year, while demand is going up as corona restrictions ease and the economy strengthens,” Check24 said.</p> <p>($1 = 0.8538 euros)</p> <p/> </div>