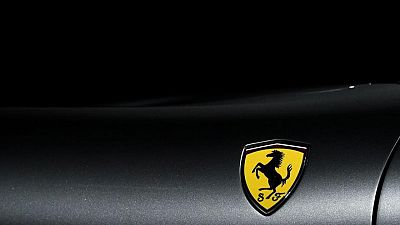 Ferrari has picked a tech executive to steer the luxury carmaker towards an electric future, appointing 52-year-old Benedetto Vigna as its new boss.

Ferrari, which already offers hybrid models, has plans to release its first fully electric car in 2025.

His appointment fills a six-month vacancy at the helm of the luxury carmaker, following the sudden retirement of former Chief Executive Louis Camilleri in December.

Chairman John Elkann, scion of the Agnelli family which controls Ferrari through its investing firm Exor, said the company was "delighted" to welcome Vigna as its new CEO.

Vigna has 'all the right qualities'

"His deep understanding of the technologies driving much of the change in our industry, and his proven innovation, business-building and leadership skills, will further strengthen Ferrari and its unique story of passion and performance, in the exciting era ahead," he said in a statement on Wednesday.

Elkann has led the company on an interim basis since Camilleri stepped down.

In April, he said Ferrari's new CEO should have "all the right qualities, including importantly the technological capabilities," playing down initial speculation that the new boss could have a background in luxury or retail.

Vigna will start at Ferrari on September 1, the company said.

He is currently president of STM's largest and most profitable arm, the analogue, micro-electromechanical systems and sensors group.

Vigna, who is also a member of the STMicroelectronics executive committee, will leave the company on August 31, the Franco-Italian chipmaker said in a separate statement.

Is Elon Musk planning to open a 50s Diner for Tesla drivers?