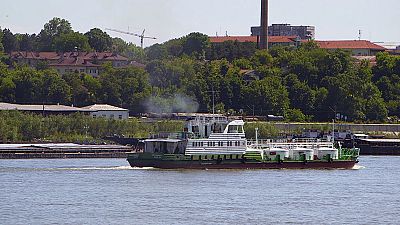 Cargo vessels are considered a relatively green mode of transport.

Compared to lorries, they produce fewer emissions. But road transport is modernising fast and vessels have to keep up to remain competitive. Here in Romania, a river navigation company that runs almost 500 vessels along the Danube every year is working with the European research project Prominent in an effort to make ships greener.

“We have to modernise because otherwise we’re out of the market,” says Tiganus Catalin, commercial director at Navrom. “Our vessels have to fulfil all the new EU regulations concerning air pollution, noise, nitrogen oxides, and so on.”

Ship emissions can be treated similarly to diesel truck exhausts. But vessels are more diverse than vehicles, which makes fleet modernisation more complicated.

“When you look at inland vessels, maybe you only have two or three vessels of the same type. So it’s very difficult for the industry itself to do this dedicated research,” explains Prominent project coordinator Jaap Gebraad. “And this is what we want to facilitate in this research project – to decrease pollutant emissions from vessels but support the industry, and see if we can standardise the technologies so that they fit on all vessels.”

Replacing the engines is out of the question: a ship engine is made to run for 40 years and more. A good way to decrease emissions is to filter the exhausts to remove greenhouse gases, unburned hydrocarbons and dust particles.

“The goal is to standardise it, to use standard filters and standard catalysts,” says Multronic development engineer, Sebastiaan Creten.

“Our aim is a cost reduction of 30 percent, which is a nice goal that we think we can achieve as soon as this product is introduced on the market. Also, on the installation side, there’s a lot of cost going to the shipyard to install all the systems onto the ships – there’s also a lot of room for improvement.”

Another way to make ships greener – and cheaper to operate – is to simply burn less fuel. Researchers are using hydrographic sensors to find out how to make the vessels more energy efficient.

“This instrument is composed of two sensors: one measures the vessel’s speed, the other measures the depth. This data is sent by cable and wifi to the bridge, where the information is digitalised and transmitted wirelessly to a centralised server located in Belgium,” explains Blagoci Sergiu, electronic engineer at Navrom.

Altogether, information from ten vessels travelling along the Danube and two from the Rhine river is being collected as part of the experiment. Analysis of this data is expected to allow navigation companies to optimise the speed of their vessels on certain routes. It will also provide valuable knowledge on how riverbeds evolve.

“The industry is definitely interested in this, since approximately 30% of their transport costs is related to fuel costs, so besides being environmentally friendly it’s also their economic benefit to choose the best track and speed which can result in fuel efficiency,” says Róbert Rafael, economist at Pro Danube Management GmbH.

It’s hoped research like this will help make vessels cleaner and cheaper, and provide an attractive alternative to lorries, producing less traffic and pollution.