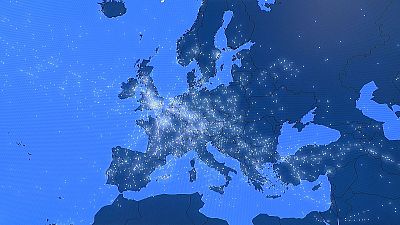 <p><strong>Julian Lopez Gomez, euronews</strong></p> <p>“We are at Casablanca International Airport in Morocco. Every day,between 150 and 200 flights to or from Europe make use of this tarmac. How can cooperation be strengthened between the European continent and other regions of the world to make flights safer and air traffic control more efficient?” </p> <p><strong>The Sky’s the Limit</strong></p> <p>Casablanca is the hub of Morocco’s 19 international airports. In 2016 it hosted some 8 million passengers. </p> <p>Many of them were travelling to or from Europe. </p> <p>Last year, Morocco was fourth in world destination per flights to or from European airports, after the United States, Russia and the United Arab Emirates.</p> <p>The country was also the first non-European state to be fully integrated into the working structures of <a href="http://www.eurocontrol.int/press-releases/kingdom-morocco-and-eurocontrol-sign-comprehensive-agreement"><span class="caps">EUROCONTROL</span></a>, an international organisation for safety in air navigation. </p> <p>Zouhair Mohammed El Aoufir, <span class="caps">CEO</span>, Moroccan Airports Authority:<br /> “Air traffic between Europe and Morocco is very important, and our airspace is used for traffic going from Europe to the Canary Islands, Latin America and sub-Saharan Africa. So here in Morocco we have the role of being a bridge between Europe and the African continent, and we guarantee air space continuity, with the same standards, safety, fluidity and security between Europe and the rest of the world.”</p> <p>A <a href="http://www.onda.ma/en/I-discover-ONDA/The-institution/Historic-of-the-ONDA">national flight center</a> in Morocco oversees a daily average of 1000 flights. </p> <p><span class="caps">EUROCONTROL</span> experts are often here to coordinate a common workflow and data exchange with their Moroccan colleagues and to provide better services to airlines and passengers. </p> <p>Joe Sultana, Director Network Manager, <span class="caps">EUROCONTROL</span>:<br /> “If we have a major disruption in Europe, it is important for us to make sure that we have the information on who is coming (from outside Europe) so that we can coordinate with the regions, the adjacent states to Europe, that basically maybe they have to be delayed, maybe they cannot operate at a certain airport … warn the aircraft operator (airline) that maybe one airport is closed and they might have to go to another airport. All this is needed for the airlines and the air traffic control system.”</p> <p>And the trend is bound to continue, with experts predicting that in coming decades only 11% of European flights will remain inside the continent. </p> <p>This means that further cooperation with other regions of the world will remain crucial. </p> <p>Henrik Hololei, Director-General of DG Move, European Commission: <br /> “By developing this concept and making better use of the congested air space, you would also be making yourselves getting ready for the future. Because if we look 15-20 years ahead, and if we don’t make any significant changes, in 2025, we might have more than 1 million flights a year which could not take place because of the congestion. So that is also something where everybody would benefit from, and the <a href="https://www.eurocontrol.int/dossiers/single-european-sky">Single European Sky</a> initiative is very much in the middle of that.”</p> <p>In 2016, the volume of traffic to and from Europe and other regions of the world neared 1.8 million flights.</p>

How the Morocco-Eurocontrol cooperation makes your skies safer

[Q&A] How to strengthen international cooperation to make flights safer?