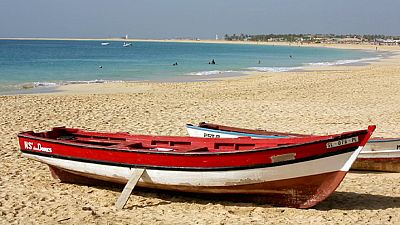 <p>In this edition of Target we turn the spotlight on Cabo Verde, some 500 kilometres off the coast of West Africa.</p> <p>This volcanic archipelago, also known as Cape Verde, is a good example of a small nation facing the challenge of trying to maximise its economic potential. </p> <p>Tourism across the chain of ten islands already represents a major part of the country’s gross domestic product.</p> <p>This former Portuguese colony is a dream destination with its year-round holiday season.</p> <p>But there are still enormous opportunities, with a large amount of prime waterfront land set aside in special tourism development zones still unused. </p> <p>As well as having the sea, the sun and the sand, authorities know that further economic growth will depend on strong investment and development in the future.</p> <p>José Armando Duarte, the President & <span class="caps">CEO</span> of Cape Verde Investments, told Target: “Cape Verde is already establishing itself as a consolidated touristic destination. Of course we are offering, as opportunities, tourism, but also other sectors. We want to transform the country into a major service platform in the mid, south Atlantic.”</p> <p>One of the country’s largest hotel resorts, Melia Dunas, opened recently on the island of Sal, with a price tag of tens of millions of euros. The foreign developers say it would not have been possible if it had not been for the government’s policies in promoting investment.</p> <p>One of those policies is a service called a “one-stop-shop”, where investors can cut bureaucracy and cost by dealing with one state agency. </p> <p>Another example is the state offering to share the risk by building basic infrastructure in the tourism development zones, notably on the islands of Boa Vista and Maio.</p> <p>Other key investment areas include information technology, renewable energy and fisheries. </p> <p>Many resorts here compete with all-inclusive deals and a diverse range of excursions is being developed.</p> <p>The owner of one new hotel under construction says it is not just the climate and friendliness of local people that makes the islands attractive, it is also that it is peaceful. </p> <p>Jacques Monnier, the owner of a new Hilton hotel in Cabo Verde, said: “For developers like me it’s very important to have political stability. We can’t invest a lot of money in a country if we’re not sure that everything will be fine for years. And that’s the case in Cape Verde. It’s a small country, everybody knows each other, and they never had any kind of problem.” </p> <p>The government is hoping to double visitor numbers to one million over the next three or four years.</p> <p>And amid the ongoing improvement of key facilities, including the country’s four international airports, it seems the sky is the limit.</p>