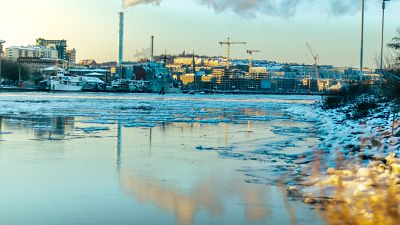 A major chemical company will appear in court today, accused of inaction over toxic ‘forever chemicals.’

US-based Chemours has been named in a landmark case at the EU Court of Justice, over allegations that the chemical giant has worked to prevent action on harmful chemicals.

Chemours, a spinoff from chemical company DuPont which includes popular brands such as Teflon, will substitute now-banned chemical PFOA with so-called GenX chemicals.

PFOAs were banned globally in 2019 on account of the persistence with which they remain in the environment and their links to cancer and other illnesses.

The chemicals were the subject of the 2019 film 'Dark Waters' starring Mark Ruffalo, based a real legal battle between DuPont and a town in West Virginia the company poisoned with PFOAs.

However, today’s case raises concerns that GenX may present many of the same issues.

Used for their non-stick properties to manufacture cookware, paint and apparel, the chemicals, which are part of a family named PFAS, are also known as C3 Dimer Acid or ‘forever chemicals’ because they do not degrade in the environment.

CHEM Trust, the European Chemicals Agency, the Government of the Netherlands, and ClientEarth will appear at court to defend the listing of GenX chemicals as very high concern substances.

Inclusion in this list would mean manufacturers have a duty to communicate information on such chemicals within their supply chain, but crucially it would act as a signal for the market to invest in chemical and technological alternatives.

Environmental agencies and others warn GenX chemicals pose risks that include human health issues such as links to liver, kidney and blood toxicity, as well as repercussions for the environment.

The chemical, which can travel through water, has been detected in Arctic seawater as well as drinking water and surface water throughout Europe.

“The EU is trying to stop irreversible contamination by putting GenX chemicals on its ‘substances of very high concern’ list,” Bernard explains. “This decision is not only scientifically and legally grounded, it’s common sense.”

The persistence of these chemical types, along with their high level of mobility, means toxic effects can linger for generations.

“If these chemicals continue spreading around the globe, there will be no turning back,” adds Ninja Reineke, Head of Science at CHEM Trust.

In a statement, Chemours said they had never seen any toxic or harmful effect in any tests taking place on the plant’s discharge water.

“Over a decade of scientific data has been collected regarding the safety profile of C3 dimer acid [GenX],” commented Dr Damian Shea, a professor at North Carolina State University who compiled a toxicology analysis for the company.

“These data, including numerous toxicology studies, provide compelling scientific evidence that the low levels of C3 dimer acid detected in the environment do not pose a risk to human health.”

In the past, DuPont and Chemours have settled multiple lawsuits relating to chemical exposure. In 2017, the companies settled a 3,550 personal injury claim for €570 million which related to a PFOA leak from a plant in West Virginia.

The Court of Justice is expected to hand down its judgment on the case of GenX substances in early 2022.