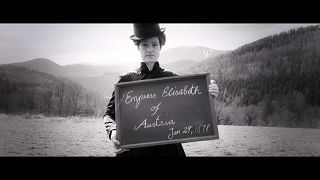 The 2022 European Film Awards are being held in Reykjavík. Five films are competing for the Best Film Award, several of which were on the shortlist of the Cannes, Berlin, and Venice festivals.

The winner of this year's Palme d'Or was Swedish director Ruben Östlund for his film Triangle of Sadness, the second time he’s won the award.

It's a fierce and uncompromising comedy about the world of the super-rich, who end up on a ship that is similar to the Titanic.

"What I like about European film history is that we have always focus a lot on societal questions, we have talked about how to create a better society. Cinema has been a tool to try to make things better. And I can't think of anything more pointless than making movies if I don't want to change something, if I don't want to make something better. So, this is European cinema," explained Ruben Östlund.

...I can't think of anything more pointless than making movies if I don't want to change something...

Belgian cinema has a new gem entered into the festival, with Lukas Dhont's second film, Close, about the thwarted friendship of two young teenagers who are driven apart by the gaze of others.

A film of great sensitivity representing the diversity of European cinema, and that could appeal to the jurors of the European Film Awards.

Holy Spider takes us to Iran and is a film by Ali Abbasi, exiled from his country and is now a Danish citizen.

He delivers a dark film, inspired by the story of a serial killer who killed prostitutes in the holy city of Mashhad. A co-production between Denmark, Sweden, Germany, and France.

Alcarràs is also a fine example of a European co-production between Spain and Italy.

The film is about a family of Catalonian farmers who, after generations of harvesting the same land, face eviction and an uncertain future.

A bittersweet chronicle by Carla Simón that won the Golden Bear in Berlin.

The story of Elizabeth of Austria, known as "Sissi", who is a free and rebellious woman with a tormented destiny.

Find out which movie will win the Best European Film title live on Euronews Culture at the official ceremony in Reykjavík on 10 December.