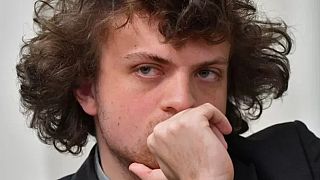 This is the latest move in the ongoing scandal that has rocked the chess world, with Niemann saying that he has been conspired against by those seeking to destroy his reputation.

“My lawsuit speaks for itself,” Niemann tweeted along with a copy of the lawsuit.

Niemann is seeking compensation "to recover from the devastating damages that defendants have inflicted upon his reputation, career, and life by egregiously defaming him and unlawfully colluding to blacklist him from the profession to which he has dedicated his life", according to the lawsuit.

He accuses Carlsen of smearing his reputation and that the world champion's online chess company, Play Magnus, is in on it.

Niemann is also suing the website Chess.com, which has agreed to buy Play Magnus and which published a report saying he had probably cheated in more than 100 online games.

Chess.com responded to the suit via a statement from their lawyers, Nina Mohebbi and Jamie Wine. The statement notes that Chess.com is “saddened” by Niemann’s decision as the lawsuit “hurts the game of chess and its devoted players.”

Their 72-page report, initially reviewed by the Wall Street Journal, found that Niemann “likely received illegal assistance in more than 100 online games” as recently as 2020, including in events where prize money was at stake.

“Hans confessed publicly to cheating online in the wake of the Sinquefield Cup, and the resulting fallout is of his own making,” Chess.com’s latest statement adds. “As stated in its October 2022 report, Chess.com had historically dealt with Hans’ prior cheating privately, and was forced to clarify its position only after he spoke out publicly.”

“There is no merit to Hans’ allegations, and Chess.com looks forward to setting the record straight on behalf of its team and all honest chess players,” the statement says.