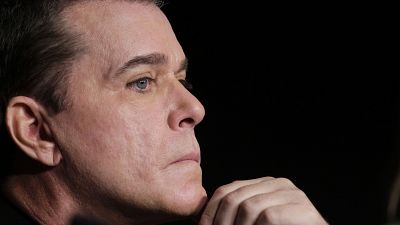 Actor Ray Liotta is a legend for many for having starred in Scorsese's masterpiece Goodfellas.   -   Copyright  Francois Mori/AP
By Giulia Carbonaro  •  Updated: 27/05/2022

Actor Ray Liotta, a legend for many due to his role in the hit film 'Goodfellas', died on Thursday in the Dominican Republic aged 67.

The news left millions of fans heartbroken, with the film industry losing one of the greatest “tough guys” and gangsters on the big screen. But though Liotta could play a great mobster, his talent went so far beyond that.

To honour his career, here is a recap of all his best performances.

In this 1986 rom-com by Jonathan Demme, Liotta plays the violent, criminal ex-husband of Melanie Griffith’s character Audrey, a free-spirited woman swirled away by a yuppie investment banker for a weekend of fun - until her ex turns up.

The film is a remarkable moment in Liotta’s career because it showed for the first time his capacity to be completely terrifying without even raising a finger or his voice.

Although this is not the film that made him famous, Liotta was nominated for a Golden Globe for Best Supporting Actor for this performance.

“If you build it, they will come” is probably the most quoted line from this sports fantasy film. It is about a man who builds a baseball pitch in a cornfield, after being inspired by a voice. Liotta, who once tried out for the California State University Fullerton team, fit right in as 'Shoeless Joe Jackson'.

Just four years after 'Something Wild', Liotta was catapulted to stardom for his performance in Martin Scorsese’s 1990 film 'Goodfellas'. The film itself ranks as one of the best films of all time and has a staggering 96 per cent rating on Rotten Tomatoes, a US review website.

With his piercing blue eyes and terrifying laughter, Liotta plays mobster Henry Hill, a cynical and violent man capable of boyish enthusiasm. “As far back as I can remember, I always wanted to be a gangster," Liotta’s voiceover famously opens the film.

Liotta stars once again next to Rober De Niro in this story about corrupt cops in New York. It’s the dream team of Goodfellas all over again, and Liotta cannot avoid shining in a role that seems tailored to the skills he had previously shown on screen.

A plot that could sound trite and sentimental is made touching and genuine by Liotta and co-star Tom Hulce's acting skills.

In this neo-noir crime thriller about two detectives searching for the murderer of an undercover officer, Liotta proves that he can make you cry as well as he can make you, well, scared.

Liotta is the ‘shark’ divorce lawyer Jay Marotta Adam Driver gets on his side to confront Scarlett Johansson’s attorney in this wonderful and excruciating film portraying how a marriage falls apart.

Liotta is at his best in his performance as this no-nonsense, cold-blooded lawyer.

Liotta's appearance in 'The Sopranos' prequel by David Chase was one way to make up for having turned down a role in the official series.

Liotta has turned down a role in the hit series because “he didn’t want to do another mafia thing” and was filming Hannibal.

(This film is not in the list because the writer is too squeamish to talk about Liotta’s open-brain scene).

Unfortunately, 'The Many Saints of Newark' was not quite as well-received as the series.