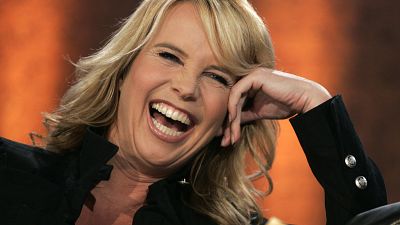 Linda de Mol has been drawn into the scandal which has disrupted the popular TV show   -   Copyright  Joerg Sarbach/AP
By Tim Gallagher  with AP  •  Updated: 21/01/2022

The Dutch talent show “The Voice of Holland” has been taken off the air in the Netherlands amid a sexual misconduct scandal that has cast a shadow over the future of the TV ratings juggernaut.

The furore is one of the most serious #MeToo reckonings yet to hit the entertainment industry in the Netherlands, and has drawn in many famous faces including Dutch TV’s first family, the de Mol’s.

The scandal erupted when it came to light that Dutch prosecutors had received two complaints against one of the show's panellists, the rapper Ali Bouali.

Bouali’s lawyer, Bart Swier, said Wednesday that the artist (known as Ali B, pictured on insta below) denies any wrongdoing, but the network which runs “The Voice of Holland” has suspended ties with the musician.

News of the allegations came to light when a local broadcaster's YouTube show called “BOOS" — the Dutch word for angry — contacted “The Voice of Holland” to say it has spoken to victims of “sexually transgressive behaviour” on the show and is planning a broadcast on the subject later this week.

The pianist and band leader on the show, Jeroen Rietbergen, has also been implicated and admits to having sexual relations with some contestants.

Rietbergen quit the show after the revelations over the weekend saying, “During my years of involvement with “The Voice of Holland,” I had contact of a sexual nature with some women involved in the program and exchanged sexually tinted WhatsApp messages.”

Rietbergen went on to say that after initially considering the sexual encounters “as reciprocal and equal,” he later came to understand that the women “may have experienced this very differently and now realises his behaviour was wrong.

His statement also suggested the show's producers had known about his actions and cautioned him in the past.

The original creator of “The Voice of Holland” - whose ‘turning chair’ format has been replicated in shows around the world - is John de Mol. He and his sister Linda - a television star in her own right - are considered TV royalty in the Netherlands.

The pair are now associated with the scandal and last weekend Linda de Mol split from Rietbergen, with whom she was in a relationship.

In a statement on her website, de Mol said that she split from Rietbergen after the scandal broke and was taking a break from her own television career.

A post shared by The voice of Holland (@thevoiceofholland)

Meanwhile, media mogul John de Mol responded to the allegations in an interview during the "BOOS" show Thursday. He said that in his years as "The Voice of Holland's" producer he had received only one complaint — against the show's pianist and band leader Jeroen Rietbergen, in 2019. He said he angrily confronted Rietbergen and warned him to halt improper conduct, but did not launch an investigation.

Dutch broadcaster RTL, which airs “The Voice of Holland,” reacted swiftly to the reports, saying over the weekend that it was suspending the show. It called the allegations “very serious and shocking” and said they weren't known to RTL.

Meanwhile, another of the show’s panellists, Dutch singer Anouk, said she was quitting as a mentor and judge.

“I don’t want to work in a place where for years a number of men have abused their position and deliberately chose to keep it quiet and look the other way,” she said in an Instagram video.

Investigations pending for Ali B and Rietbergen

The allegations about Bouali will be investigated by the police with criminal charges possible.

“Our highest priority is to provide a safe and supportive environment for everyone who participates in — or works on — our shows and ITV Studios has a zero-tolerance policy towards the type of behaviour it is said to have taken place,” they added.

The company said its investigation aims to “build a complete picture” of events and encouraged victims or witnesses to speak to the investigation.

The Dutch public broadcast organisation NPO also took action as a result of the scandal, sending a letter to public networks urging them to make sure they have sufficient checks for misconduct.

Even Prime Minister Mark Rutte has weighed in on the scandal swirling around one of the Netherlands' most popular TV shows.

“I think everybody is very shocked and it’s good that it is investigated,” he told the Dutch daily De Telegraaf.

Vaccine sculptures and textbook drawings: Where do art & science meet?