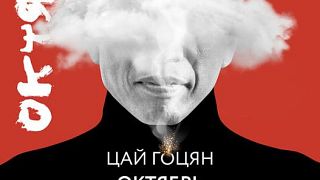 A Chinese artist’s take on the Russian Revolution

In contemplating the Russian Revolution, Cai Guo-Qiang addresses his personal experience, what he has survived in his childhood: the epoch of the Cultural Revolution in China. It touches upon themes of trauma, triumph, and utopia. Having grown up in Maoist China and experienced the hardship of those times, Cai’s take on the Russian revolution is unique.

“This is an exhibition about the individual living through revolution, revolution in its widest sense. Revolution as a global, historical cataclysm or revolution as a certain inner transfiguration, a change of one’s own points of view,” explains Alexandra Danilova, the curator of the exhibition.

Through this exhibition, Cai Guo-Qiang addresses not only the subject of revolution, but also his admiration of Russian art.