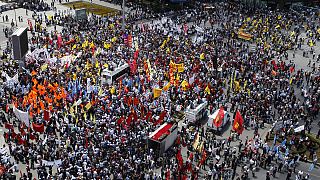 It is undeniable that as the world becomes more global and more complex, the meaning of journalism is starting to vary from person to person and country to country.

After the 1970s, the concept of 'cultural/media imperialism' by British scholar J. Oliver Boyd Barrett emerged. He believed that the globalization of communication had been driven entirely by Western technological advances and as such constituted a form of rule by the West over other countries, something that may have seemed appropriate in the last decade of 20th century. However, things have changed now. Journalism is no longer just collecting, writing, and publishing articles in newspapers and magazines or broadcasting them on the radio and television. What is the meaning of a “journalist” in the 21st century?

One of the key reasons cited for this transformation of journalism is the changing nature of technology, which impacts directly upon the practice of journalism and access to the profession.

Just a couple of decades ago technology for journalists was limited, with only heavy, impractical cameras to take photographs or record events. On top of that there was no such thing as a ‘Smartphone’, there was not even the internet. A journalist had to have professional qualifications plus a union or association membership. He or she also had to be paid to work in recognised institutions and was subject to various laws.

Today everything has become more transparent and accessible with the internet and social media, meaning anyone and everyone can become a journalist. Some scholars and academics do not consider these “citizen journalists” to be real journalists, something that I do not agree with it. When Twitter was first started in 2006, even its founders probably could not foresee how their social media tool would affect the role of journalism.

If anyone has an ability to create news today, then I think journalism should be divided into two categories, “professional” vs. “citizen”. In my opinion this change in news creation can be considered as both positive and negative.

Turning away from traditional journalism

Professional journalists mostly share (or at least should share) common elements such as accuracy, impartiality, objectivity and accountability which creates trust for their audience. According to a poll by YouGov in 2003, a journalist’s respectability and prestige depends on who he/she works for. Unfortunately many are now turning away from traditional news because their trust in journalists who work for mainstream media is declining. It is argued that in many countries journalists are under governmental pressure to defend certain policies or ignore certain stories in order not to lose their jobs. Plus if a journalist is working for a newspaper or channel, he or she often gives that news from a particular political standing.

But how can we trust news when anyone can make and share it? Taylor Mahoney in The Huffington Post says that the idea of citizen journalism is nice, but it only works best when people understand journalistic ethics, which I totally agree with. There is no barrier to entering into ‘citizen journalism’ so a 140-character tweet can get retweeted and treated seriously even though 15 minutes of research could prove the claim as false.

However, to generalize all tweets or statuses of citizen journalists as false would be another failure. I remember when last year on June 30, some people started tweeting about a bulldozer entering Taksim Gezi Park to cut down the trees. People who were walking around began to resist by sitting in front of that bulldozer. Images popped up instantly in my Twitter feed. These people who were tweeting became the main journalists in the first days of the Gezi Park events. Just like the “Arab Spring” (the “Twitter Revolution”, as it’s sometimes referred) Gezi events turned into anti-government demonstrations driven by citizen journalists that went on to become widespread around the country.

What does this mean for us as young journalists?

As a young journalist in today’s age of “citizen journalism”, there are some difficulties that we are facing. As the flow of information becomes faster, reporters have to be faster too, with pressure on us to submit stories as soon they break. In the past breaking news was a big deal because the reporter had to go to the crisis zone to get information before heading back to the newsroom to write down what had happened. In today’s world any person can “tweet” from a crisis zone. However, as getting information becomes quicker, it becomes harder to balance with accuracy. Once you see a picture you have to verify if that photo is true or not – often a trap for young journalists.

There is no exact answer to the question “What is a journalist in the 21st century?”. Today we are divided into the two categories “professional” and “citizen”. We need to remain aware of both their advantages and disadvantanges and learn to approach news with relative scepticism and critique.