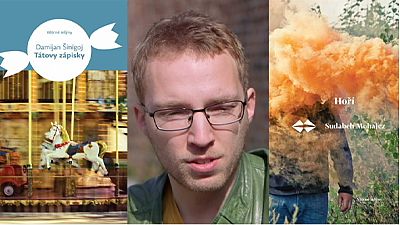 Europe’s babel-like patchwork of languages has, on the face of it, made communication and understanding a constant issue. To deal with it the EU has spawned a translation industry, sewing in the stitches of understanding that keep the 28 members together.

While translation has become big business out of necessity, it is an often-ignored yet vital aspect of the EU project. Its application in the world of the arts and literature is also bringing form and coherence to European multiculturalism.

“I’ve been asked to do book covers for books that weren’t even written yet. Half the time the title says nothing about the actual book. Possibly the worst mistake you can make when you’re making a book cover is to illustrate. There has to be some kind of creative tension already there,” says David Konečny.

David takes photos for Větrné mlýny, a Czech publishing house from Brno that is preparing a big translation project of 10 contemporary European books. The themes range from historical changes in Europe to how young people cope with multiculturalism nowadays. 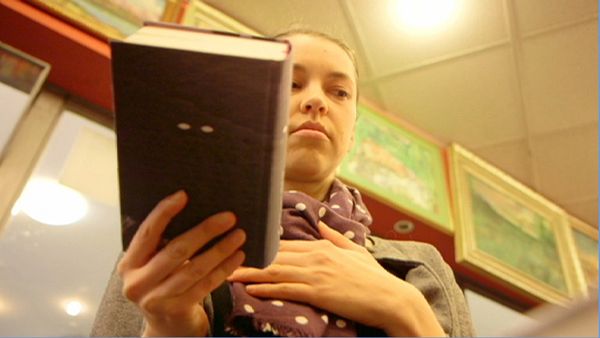 The writers were chosen from seven different countries, emphasizing stories from less-spread languages, such as Norwegian or Macedonian.

Tereza is translating a book which is also part of a series dedicated to female German authors.

“For me it’s a big responsibility. Translating is pure uncertainty because you can’t ever be sure if it’s good enough or precise enough. You have to do a lot of research and I often check things by asking friends,” says Tereza Semotamová.

Filip became a translator for a very specific reason.

“I write original music, original lyrics in English and also in Czech. Translating novels and poems helps me to think about other metaphors and it expands my world view,” says Filip Dirlik.

“Translating is art in itself. But it gets recognised only when you make mistakes. If you fail, everyone notices. If you do a great job, usually people don’t notice.”

“We, as a publishing house, concentrate not only on publishing but also organising literary events. We try to create different promotional channels through which we can address more readers and make literature livelier, because it really is a living art,” says co-ordinator Michaela Velčková.

Some of the writers involved in this initiative supported by the European Commission’s Creative Europe programme will participate in an Author’s Reading Festival. Touring five European cities Brno and Ostrava in the Czech Republic, Košice in Slovakia, Wroclaw in Poland and Lviv in Ukraine authors get to read their work and debate it with the audience.

“Many sceptics say people don’t read anymore. But it turns out that’s not true at all. There are, for instance, genres that remain very popular among young people, like sci-fi or fantasy, which have massive dimensions. So books are still part of society, including the younger generations, too,” says Velčková.

Found in translation: One minute with David Konečný