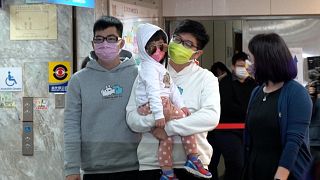 Taiwanese activists said Wednesday a court decision allowing a married gay man to adopt his husband's non-biological child offered hope but they called for the government to grant adoption equality to all same-sex couples.

Taiwan is at the vanguard of the burgeoning LGBTQ rights movement in Asia and became the first place in the region to legalise marriage equality in 2019.

But same-sex couples still face restrictions others do not.

They can only adopt a partner's biological child and can only wed foreigners from countries where gay unions are also legal.

In the first favourable ruling of its kind in Taiwan, a family court in Kaohsiung city allowed a 34-year-old man to become the legal guardian of his spouse's daughter, who his husband adopted before they married.