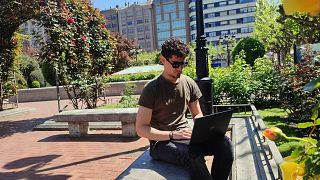 Spain is poised to introduce a digital nomad visa that would give non-EU nationals the chance to live and work there for up to five years.

The scheme, recently approved by parliament, is expected to pass in January 2023. If it goes ahead as planned, the country will join a number of other European nations that have introduced some form of digital nomad scheme in the last few years including Italy, Greece, Croatia and Portugal.

When plans were first announced back in January 2022, the country was hoping to “attract and retain international and national talents by helping remote workers and digital nomads set up in Spain,” according to Economic Affairs Minister Nadia Calviño. Authorities estimated that it would help the country to recover from the economic impacts of COVID-19.

It is part of a law recently passed by the Spanish Parliament called the Startup Act aimed at attracting entrepreneurship and bolstering the country's tech scene.

Why is Spain popular with digital nomads?

With some of the best internet speeds in the EU, a low cost of living and plenty of warm weather, Spain is already a popular destination for remote workers.

The coastal city of Valencia was recently voted the best city for expats in the world and Madrid was also in the top 10. In December, three of the country’s villages came out top in UNWTO's annual ranking of the best villages for tourism across the globe, while a Spanish town is officially home to the most beautiful street in Europe, according to UNESCO.

So how could the new digital nomad visa make living and working in the country easier and cheaper?

Who will be able to apply for Spain’s digital nomad visa?

Though details are still being finalised, it's thought that the scheme will be open to people who work remotely for non-Spanish companies. Anyone looking to apply for a digital nomad visa will only be able to get a maximum of 20 per cent of their income from Spanish firms.

Applicants will need to be from outside of the European Economic Area. They will also need to be able to demonstrate that they have been working remotely for at least a year and have a contract of employment or, if freelancing, have been regularly employed by a company outside of Spain.

Anyone wanting to take advantage of the digital nomad scheme will have to prove that they earn enough money to be self-sufficient - likely to be around €2,000 a month.

Applicants will need an address inside of the country and be able to submit documentation like a rental contract to prove this.

There’s not yet any information on whether applicants will have to undergo a criminal record check.

How long will digital nomads be allowed to stay in Spain?

Official sources have indicated that digital nomad visas in Spain will originally be valid for 12 months.

After that, remote workers will be able to renew the visa for up to five years, at which point they can apply for permanent residency.

Close relatives, like children and spouses, will also be able to join the visa holder in the country.

Will digital nomads get tax breaks in Spain?

Spain is expected to offer tax breaks for digital nomads working and living in the country under the visa scheme.

Remote workers may only pay a 15 per cent tax rate during the first four years of their stay instead of the usual 24 per cent rate if current plans go ahead.