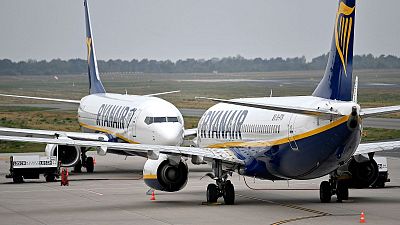 Ryanair has been a staple of the skies for decades, but is it losing both trade and passenger support over its divisive booking policies?

Yesterday one travel boss described operators continuing to work with the budget airline as “irresponsible”.

The criticism comes as online travel agent (OTA) On the Beach is suing Ryanair for blocking customers from booking flights on its planes, and running a “smear campaign of false allegations” against the company - in breach of competition rules.

John Bevan, divisional senior vice-president of Dubai-based travel group dnata, said its decision to cut ties with the airline last year was the correct one.

“Why work with a supplier that isn’t a partner?” he told Travel Weekly. “Ryanair still owes us millions in refunds. Therefore, we took the commercial decision to take them off sale in September last year.”

He said that the switch to more "trustworthy" airlines and longer-haul flights has been vindicated by rising customer ratings, adding that those still working with Ryanair are doing so “against all the tour operating principles.”

Why is On the Beach suing Ryanair?

According to legal documents filed with the UK High Court last month, On the Beach claims that Ryanair “wants to eliminate” online travel agents as a source of competition.

As you’ll know if you’ve googled cheap getaways, online travel agents’ and airlines’ websites are part of an ecosystem of holiday booking, with OTAs often bundling budget flights (from the likes of Ryanair and easyJet) with hotel packages to drive down costs for holidaymakers.

Ryanair has become increasingly outspoken about the role of OTAs, however. Keen to cut out the middleman, the airline has informed customers that no OTAs are authorised to sell its flights. Chief executive Michael O’Leary has even characterised online agents as “overcharging scam artists” for adding their own fees.

But On the Beach’s (OTB) claims go further than this tussle for bookings.

It argues that “Ryanair has repeatedly and publicly made claims about OTAs, including OTB, that are disparaging and untrue”, including that On the Beach provides “fake information” about customers, “uses ‘fake credit cards’” and “obstructs refunds”.

Some customers’ complaints with Ryanair go beyond its boxy seating arrangements and tight-fisted bag policy (now charging flyers to bring wheelie cabin-sized bags on board).

On the Beach is also accusing Ryanair of creating an “onerous procedure” for customers who book through its site - adding an “online verification process” as of July 2021.

This appears to be the case for multiple travel agents. In an email seen by Euronews Travel, a passenger who booked their flights through online travel agent BudgetAir was told the purchase was made “via a third party intermediary or BOT which are not authorised by Ryanair to use the Ryanair website or app” to sell its flights.

In order for their flight to appear on the Ryanair app, the traveller had to pay 35 cents to verify the booking, submit a scan of his passport, upload a selfie, and do a short video following instructions to prove they were not a bot.

Ryanair’s refund policy is another bone of contention for On the Beach. Court documents accuse the airline of seeking “to exploit the COVID-19 pandemic to exert financial pressure on OTB,” by “withholding refunds from OTB customers.”

It's clear that many travellers find agents a useful service, with an uptick in their use during the pandemic to help navigate new rules. But dnata’s boss suggests that the OTA model can be “quite lazy", simply inputting all the airlines and allowing people to choose.

Regardless of ongoing conflicts with Ryanair in the travel world, “we need to curate more for our customers,” he said.

What do Ryanair say?

In response to a request for comment, Ryanair explains that it only works with a small number of travel agents who sign up to its charter.

Ryanair contests On The Beach’s claim that “Ryanair wants to eliminate” OTAs. It offers OTAs access to its air fares for price comparison purposes, provided they sign its transparency policy and direct customers to book through its own site.

The carrier disputes Bevan’s claim that dnata is owed millions in refunds, “[or] even €1” as it says bookings made by the company were in breach of Ryanair’s commercial and internet policies. It adds that “over 99 per cent of all COVID refunds” for cancelled flights have been processed, and “unlicensed OTAs” have been provided with a mechanism to allow customers to apply directly to Ryanair for the refund.