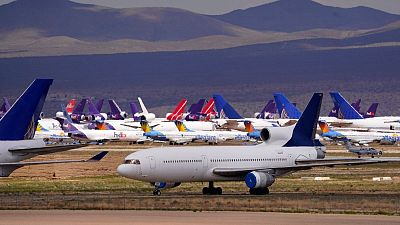 A new gold standard is being set in the travel industry in light of the climate crisis. Tourism leaders around the world are being urged to sign the Glasgow Declaration on Climate Action in Tourism when it launches at COP26 next week.

It is hoped that the UN’s new framework will bring together major players - from airlines to tour operators - and help it achieve its goal of cutting carbon emissions in half by 2030 and reaching ‘Net Zero’ before 2050.

Akin to the tourism sector’s Paris Agreement, it follows the declaration of a climate emergency by dozens of groups over the last couple of years. But how do you decarbonise an industry that is so reliant on oil-guzzling flights to get us from A to B?

CO2 emissions from tourism surged by at least 60 per cent from 2005 to 2016, producing 5 per cent of all global emissions in 2016, the latest research from the United Nations World Travel Organisation (UNWTO) and the International Transport Forum (ITF) shows. And they’re currently set to grow by 25 per cent by 2030, unless positive climate action is significantly increased.

Against this troubling backdrop, travel experts still think the industry can secure a sustainable future for itself and the millions of people who find travelling abroad one of life’s greatest joys.

“We all recognise that tourism has an important role to play,” says Zurab Pololikashvili, Secretary-General of UNWTO. “It’s highly vulnerable to climate change and contributes to the emission of greenhouse gases, while being well placed to contribute to adaptation.”

No one organisation can tackle this alone, he adds. So who is signing up to the Glasgow Declaration, and what does it really mean for travel? Here’s what you need to know.

What is the tourism sector’s Glasgow Declaration?

Spearheaded by the Tourism Declares a Climate Emergency movement, the declaration was adopted by the UNWTO last month after meetings with other key agencies and travel groups.

In striving to halve emissions by 2030, the industry is aligning itself with the wider ‘race to zero’ across the global economy.

On the road to cutting carbon, it sets out five pathways for signatories who must: measure and report emissions, decarbonise in all areas of business (with carbon offsetting only playing a secondary role), regenerate and protect ecosystems, collaborate with others, and properly finance their progress.

Those signing up must deliver their own concrete climate action plan within 12 months, and begin to act on it. For the founding signatories and pioneering sustainable travel groups, this means updating their existing plans and implementing them swiftly.

Does this mean less flights for tourists?

The Declaration needs much wider buy-in from the sector's biggest emitters to be effective of course; only one airline - Regional Air in Tanzania - has declared an emergency so far.

But a flight does not make a holiday, and with more and more tourism operators committing to climate action, and withdrawing their support for flight-heavy itineraries, change is in the air.

Activist holiday company Responsible Travel, one of the Declaration’s founding signatories, is not shying away from the fact that cutting carbon emissions means cutting flights. It’s phasing out trips with short-haul (under an hour) internal flights by January 2022.

We have to shelve the myth that we can offset our way out of the climate crisis.

“The inescapable truth is that we have to fly less,” says co-founder and CEO Justin Francis. “As individuals, of course we can make that choice - but business needs to shoulder its share of responsibility.

“We have to shelve the myth that we can offset our way out of the climate crisis - that’s not a solution to reducing emissions, it’s false advertising designed to perpetuate flying as usual.”

Last year the company committed to a 55 per cent drop in CO2 per traveller by 2030, and it’s doing it without the help of controversial carbon offsets.

In short, probably. The UNWTO says the industry needs to do better at valuing the regeneration of ecosystems, biodiversity and communities alongside its profits, and that means factoring them into its prices.

Responsible Travel is advocating for a Green Flying Duty (a reformed Air Passenger Duty tax) as studies have shown that raising fares by 10 per cent would result in a 5 to 15 per cent drop in demand.

But a greener world doesn’t have to be a more restricted one. The company’s manifesto suggests that revenue is ring-fenced for improved, affordable rail services, and sustainable aviation technologies.

And as we move towards fewer and longer holidays, operators are expanding their range of low-carbon trips. Another Tourism Declares founding member, Much Better Adventures offers down-to-the-ground experiences - camping, kayaking, mountain hut stays - which are also easy on the purse strings.

Who is involved in the declaration?

Much Better Adventures director Sam Bruce tells Euronews Travel, “this declaration will only be successful if we manage to engage all organisations - big and small - in the tourism industry, which is what we’re calling for.

“This is clearly an important step, but there is still plenty to be done to change our industry for the better, and our eyes are already turning to what’s next.”

The Glasgow Declaration, which has just opened for signatures, is officially launching at COP26.

Another leading light, Intrepid Travel is unveiling a new carbon measurement toolkit at the summit, expected to become the go-to decarbonisation guide for tour operators globally.

From VisitScotland - the first national tourism organisation to declare an emergency - to operators like Undiscovered Montenegro - here is Tourism Declares guide to who is taking the climate crisis seriously.