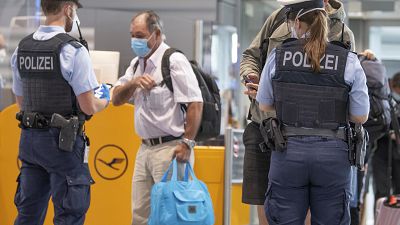 As of today, Germany has eased restrictions on travellers coming from the UK, Portugal, Russia, India and Nepal. These countries have been downgraded to Germany's second highest category of high-incidence areas.' They were previously categorised as 'virus variant areas.'

The change means travellers from these countries who have had two vaccination doses, or can prove that they have recovered from an infection with the virus, will not have to quarantine upon arrival in Germany.

Others can cut short a mandatory 10-day quarantine if they test negative after five days.

It is very difficult for travellers from these countries to enter Germany, unless they are a citizen or resident, and those who arrive must spend 14 days in quarantine at home.

Officials have said the country categorisations would be under constant review as Delta cases rise in Germany. Although overall case numbers are very low, more than half of new cases are now believed to be caused by Delta.