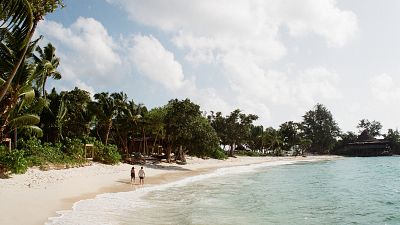 The Seychelles could be the first country in the world to reach herd immunity, thanks to vaccine donations from India and the UAE.

The island nation is expected to open to all travellers, except those from South Africa, from 25th March. This will be good news for the country’s economy which is highly reliant on tourism.

Up until now, new arrivals have had to quarantine in a designated hotel upon arrival, but this will not be required after 25th March.

Visitors will have to book accommodation in one of 700 certified tourism establishments, a list of which will be released soon. As long as this accommodation is booked there are not restrictions and travel over the 115 islands is permitted.

How has the Seychelles vaccinated so many of its residents?

The vaccine roll out began in January and by the end of February 44 per cent of Seychellois had received both doses. By mid-March that is expected to reach 70 per cent, the proportion of population required to achieve herd immunity.

Both countries have close trade and cultural links with the Seychelles.

The Seychelles government purchased 40,000 vaccine doses themselves to ensure they had enough to vaccinate their entire population.

“The vaccination campaign has been quite successful. The government has done everything in its power to make sure that the population is protected. We have now arrived at the point where opening our borders further is the next step to allow for our economic recovery” says Sylvestre Radegonde, Minister for Foreign Affairs and Tourism.

“The measures being announced reflect broadly the recommendation of our tourism partners and have been done in full consultation with and the endorsement of our health authorities.”

Who was vaccinated first?

Along with the elderly and frontline health workers, some workers in the tourism industry were among the first to receive their shots, in a country where 15 per cent of the workforce is directly employed in the sector.

Vaccine take up has been strong after images of religious and political leaders receiving their shots dispelled anxiety and misinformation.

What are the travel requirements?

Even with herd immunity there are still travel requirements tourists will need to follow. Visitors are required to present a negative PCR test taken 72 hours prior to departure, and visitors will still be required to adhere to other public health measures such as mask wearing, hand washing and social distancing.

More stringent measures such as a mandatory week-long quarantine in a designated hotel upon arrival have been dropped, and guests in hotels will have full access to bars and communal areas.

The Seychelles performed well in the pandemic compared to countries in Europe and America with only 11 deaths and 2,849 cases. The first two cases are believed to have been imported from Italy.